Noble Group Ltd halved its quarterly net loss from continuing operations to $43.3 million and said its soon-to-be-completed $3.5 billion debt restructuring would enable the commodity trader to reposition its business in Asia Pacific and the Middle East.

The Singapore-listed company is seeking approval from a Bermuda court for its restructuring and payment to creditors, the final hurdle to completing a debt-for-equity swap. The company, once Asia's biggest commodity trader, has sold off many assets as part of the restructuring.

On Tuesday, Noble reported an overall net loss of $99 million in the three months ending September versus a loss of $1.17 billion in the same quarter a year ago. Third-quarter revenue fell 14.1 percent.

Noble reported a net loss of $93.8 million from its continuing operations in the third quarter of 2017.

As Noble faced insolvency earlier this year, its shareholders in August reluctantly backed the restructuring, which will leave them owning just 20 percent of the business and hand majority control to a group of creditors comprised mainly of hedge funds.

Sources with knowledge of the matter said on Monday that Noble is set to appoint Ian Potter, a former senior banker at Morgan Stanley, as its next chairman in a few weeks. 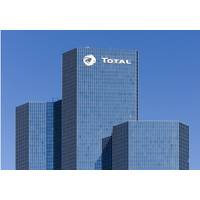