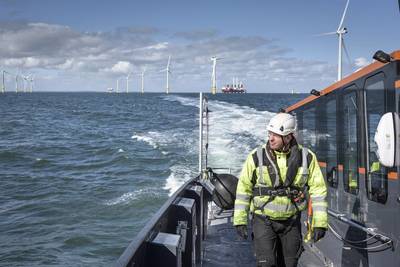 The Dutch government on Tuesday said it will allow five new offshore wind turbine farms capable of producing 7 gigawatts (GW) of electricity in the 2024 to 2030 period.
The Netherlands is lagging other European countries in renewable energy investments and has launched a programme to speed up renewable energy projects, including tenders to build 4.5 GW of offshore wind farm capacity in the period up to 2023.
The Dutch government has capped the amount of gas that can be produced from its offshore Groningen field because of related earthquakes and wants to continue winding down output as part of its emissions-cutting plan
"Our industry will have a competitive advantage because of the availability of ever cheaper renewable energy," the government said in a statement, adding that the move would also help related industries, including transport, storage and conversion to other forms of energy such as hydrogen gas.
The government said the projects would bring in up to 20 billion euros ($24.9 billion) worth of investment and create 10,000 jobs.
Once completed, the Netherlands will have 11.5 GW of offshore wind capacity, enough to meet 40 percent of the country's electricity needs, the government said.
The news follows the announcement last week that Sweden's Vattenfall had won a contract to build a 700 megawatt wind farm off the Dutch coast without receiving any subsidy.

The government laid out three locations for the five farms, above the northern island of Schiermonnikoog, and off the western coast by Petten and Ijmuiden.