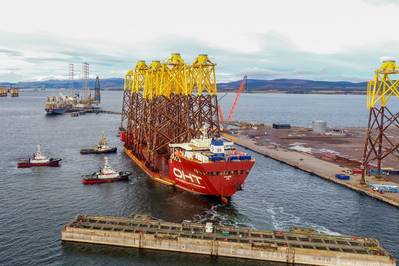 OHT’s MV Hawk arrives at the Port of Nigg, Scotland, with the final load of jacket foundations for Moray East from UEA. Image source: OHT

OHT’s heavy transportation vessel carried its second load of 10jackets from Lamprell’s fabrication site in Hamriyah, UAE, arriving at the Port of Nigg in the Cromarty Firth on November 12, 2020, marking the completion of OHT’s eight-month transportation campaign which also used its vessels MV Osprey and MV Albatross.

All told, OHT transported 48 three-legged jacket foundations averaging more than 1,000 tonnes and up to 80 meters in height.

OHT were contracted by DEME Offshore, the project’s balance of plant EPCI contractor, in September 2019.

"The jacket foundations are amongst the largest in deployment for offshore wind turbines. We are immensely proud to have played a key role in delivering such a critical component for this remarkable offshore wind project," said Egil Ismar, OHT’s Project Manager. 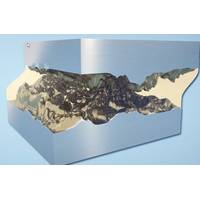 Tip #1: Tribology - Assume All Hydraulic Components are Designed EquallyBelieve it or not, maintenance begins during the design phase.