The U.S. state of Michigan has filed a lawsuit asking for an Enbridge Inc oil pipeline that runs under the Straits of Mackinac in the Great Lakes to be decommissioned, a statement from Michigan's attorney general said on Thursday.

The lawsuit says Enbridge's continued operation of the underwater portion of Line 5 under an easement granted in 1953 violates the public trust doctrine, is a common law public nuisance, and violates the Michigan Environmental Protection Act because it is likely to cause pollution impairment and destruction of water and other natural resources. 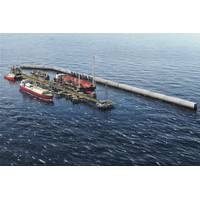