The world will need less energy from the 2030s onwards, but it will still require a significant amount of oil and gas in the lead-up to mid-century according to DNV GL’s 2018 Energy Transition Outlook, an independent forecast of the world energy mix in the lead-up to 2050.

The report says, the Middle East and North Africa (MENA) region will remain the main global supplier of oil and gas for decades to come.

Energy consumption in the MENA region will continue to grow moderately and increase 36% by 2050. Growth in energy use is driven by manufacturing, buildings, and transport up to 2040, the year when transport energy demand peaks and starts to decline.

In the MENA region oil is forecast to peak in 2035 at only slightly more than its current level. Natural gas, already the largest energy source, will see a further increase until it peaks in 2035, 30% above its current level. In the mid-2030s, oil for road transport will be increasingly challenged by the uptake of electric vehicles.

The growth in natural gas use is driven by a tripling of electricity demand between now and 2050. Due to low-cost domestic gas reserves, the uptake of renewables starts later than in most other regions. In 2030, onshore wind starts to grow rapidly, followed by solar PV and offshore wind. By 2050, solar PV will be the main source of power, generating 39% of total supply. Onshore wind will then be second, with a share of 28%.

The MENA region will remain the main global supplier of oil and gas. However, as the regional population grows, domestic energy demands will change and the use of electricity will grow rapidly. Today, 60% of electricity is generated from gas. By mid-century, we will see generation primarily from variable renewables like wind and solar with increased support from hydropower and nuclear. The region for example is particularly enthusiastic by what solar photovoltaic can do for them domestically.

Variable renewables alone will provide more than 65% of the electricity in the region by 2050. This means that even though oil and gas production will continue to play a significant role for decades to come, the shift to renewables will change the location of where energy is going to be produced, which in turn impacts on the region’s economies and politics.

Ben Oudman, Regional Manager, Central Europe, Middle East and India, DNV GL - Oil & Gas stated “MENA nations are naturally interested in how much decarbonization reduces demand for their exported fossil fuels in the decades to come. The sector still faces the multifaceted challenges of adjusting production portfolios to favour gas, whilst reducing costs and bringing decarbonization of operations into full focus in order to maintain its social license to operate and help achieve international and national targets for climate change mitigation”.

The industry will need to invest in developing technologies supporting faster and leaner exploration and production. DNV GL has seen that their customers are seeking more sustainable operations through digitally-enabled solutions, such as predictive emission monitoring for gas turbines and remote technologies to perform targeted inspection, to name just a few examples.

Jan Zschommler, Manager, Middle East, DNV GL - Oil & Gas says “DNV GL is supporting the industry with globally recognized risk-based approaches and domain expertise in combination with leading digital technologies, many of which are developed together with our customers through Joint Industry Projects (JIPs) and other collaborative initiatives as the MENA region embraces the energy transition.” 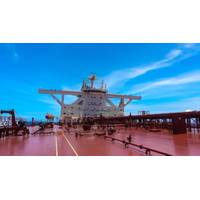