Maritime Pollution and Other Legislation Outlook 2012 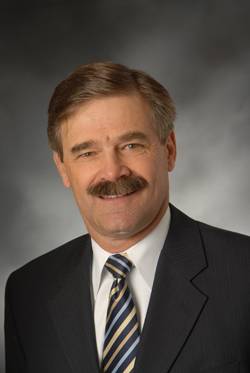 It has been almost two years since the Deepwater Horizon incident occurred on April 20, 2010.  As a result of this incident, although there have been many bills introduced in Congress to address issues raised by this incident, as well as numerous related hearings, Congress was unable to see the way clear to actually enact any pollution-related legislation, or for that matter any substantial maritime legislation in 2011.  The following is a summary of the action taken by Congress last year and a perspective on such legislation for 2012.
2011 Proposed Legislation Summary
The Bureau of Ocean Energy Management, Regulation and Enforcement (BOEMRE)/U.S. Coast Guard Joint Investigation Team finally released the final report on the Deepwater Horizon incident on September 14, 2011.  The report is comprised of Volume I, covering the areas of investigation under the jurisdiction of the Coast Guard, and Volume II, covering the areas of the investigation under BOEMRE jurisdiction.  There is also a supplement to Volume I—the Final Action Memo from Coast Guard Commandant Adm. Bob Papp. Around the same time, Congressman LoBiondo and Congressman Mica co-sponsored and introduced the Coast Guard and Maritime Transportation Act of 2011, H.R. 2838 (the bill typically used for enactment of maritime legislation) on September 2, 2011.  This bill was reported to the Committee on Transportation and Infrastructure on October 10, 2011 and ultimately it was passed by the House on November 15, 2011 and immediately referred to the Senate for action.
H.R. 2838 includes provisions addressing the following major topics.  Coast Guard reform; shipping and navigation (including provisions on the Marine Transportation System, rebuild determinations in foreign shipyards, dockside safety examinations, classification societies, and short sea transportation);  miscellaneous (including provisions on the merchant mariner evaluation program, notice of arrival for vessels operating on the outer continental shelf, the distant water tuna fleet, coastwise endorsement waivers, standby vessels, and a report on impediments for U.S.-flag vessels to compete in international transportation markets); commercial vessel discharges reform (ballast water legislation that would preempt state actions to regulate ballast water discharges); and certain piracy provisions.  The only Deepwater Horizon-related provision was section 608 addressing “standby vessels.”  This controversial provision would require an owner or operator of an offshore facility or floating facility to locate a standby vessel nearby to provide immediate response to an offshore incident.  No further action has been taken on H.R. 2838 to date.
The Senate on the other hand, introduced its version of maritime legislation in the form of the Coast Guard Authorization Act for Fiscal Years 2012 and 2013 on October 6, 2011, S. 1665.  No further action was taken on S. 1665 in 2011.  However, on January 26, 2012, S. 1665 was reported by Senator Rockefeller with an amendment in the nature of a substitute and referred to the Committee on Commerce, Science and Transportation.
S. 1665 includes provisions addressing the following major topics.  Coast Guard administration (including a requirement to maintain U.S. polar icebreaking capability); shipping and navigation (including a provision related to classification societies); miscellaneous (including provisions related to oil spill liability trust fund investments, vessel new build determinations, documentation with a coastwise endorsement for three LNG vessels, notice of arrival for vessels operating on the outer continental shelf, and a higher volume port area regulatory definition change for pollution response purposes).
It is clear from the provisions actually included in both H.R. 2838 and S. 1665, that Congress generally avoided including controversial Deepwater Horizon pollution-related provisions in these bills.  We understand that the strategy had been to propose separate bills in both the House and the Senate to address more controversial spill related matters.  However, as evidenced by the void of specific spill focused proposed legislation in 2011, Congress simply ran out of time given other priorities to move forward on comprehensive spill legislation to implement remedies following the Deepwater Horizon spill in 2010.
2012 Maritime Legislation Prediction
To date in 2012, Congressional focus has certainly shifted away from oil spill safety and response in 2011 to job creation, economic growth, and election related issues.  In addition, budgetary and regulatory reform issues dominated the Congress at the end of 2011.  There has been no movement in 2012 with regard to either pollution or general maritime legislation except for the publishing of S. 1665.  We understand that the Senate is seeking floor time potentially to take action on S. 1665 that could ultimately result in the Senate passage of the Coast Guard Authorization Act for Fiscal Years 2012 and 2013.
If the Senate can find time to take action on S. 1665, that would cue up some kind of a possible conference between both the House and the Senate to push maritime legislation in 2012.  In addition, both the House and the Senate could decide to push for pollution-related legislation later in 2012.  That legislation could proceed either independently, or at some point in 2012 be combined with the Coast Guard Authorization pending legislation.  Another key factor potentially affecting pollution-related legislation is related to when the Department of Justice will complete its investigation into the Deepwater Horizon incident and finally publically release its indictments against the companies responsible for the spill and any individuals.
In conclusion, given all of the other economic related priorities coupled with the fact that this will be an election year, on balance it would appear that it will be difficult for Congress to make maritime legislation a priority this year resulting in the enactment of significant maritime legislation in 2012—we shall see.
Jonathan K. Waldron, partner at Blank Rome, counsels clients worldwide in maritime, international, and environmental law matters, including maritime security.  Mr. Waldron is the co-author of the Maritime Security Handbook and is ranked by Chambers USA and Who’s Who Legal as a leading maritime attorney. [email protected]
Email