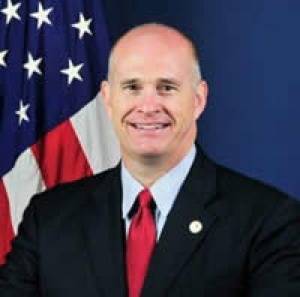 The next day, February 20th, NAMEPA is partnering with NOIA (National Ocean Industries Association) to present the “Winds of Change in Offshore Oil and Gas”.  Adding even more luster to this period is the inaugural Lloyd’s List North American Awards Dinner on February 19th, where winners of 17 categories will be presented.

“We are honored that the Acting Maritime Administrator will be opening our conference,” stated Founding NAMEPA Chairman Clay Maitland.  “ With the recent National Maritime Strategy Symposium under his belt, we expect him to share his observations on the changes we can expect to see in the shipping arena.”

The “Winds of Change in Shipping” conference features changes in regulations, the impact of LNG on shipping, the changing face of ship finance, education and training excellence, and shipowners’ response to change.

The conference will be opened by Clay Maitland, Founding Chairman of NAMEPA and Niels Aalund, Senior Vice President of WGMA and Lloyd’s List Editor Richard Meade will be the day’s Moderator.

Following the conference will be the inaugural Lloyd’s List North American Marine Awards Dinner during which maritime and offshore companies and individuals will be recognized for excellence in their sectors.

On February 20th, NOIA and NAMEPA will present the “Winds of Change in Offshore Oil and Gas”, featuring discussions on changing global opportunities and operational challenges.  Gary Siems of Stone Energy will give an update on decommissioning, RADM Kevin Cook will discuss regulatory challenges followed by Allyson Anderson of BSEE who will address enforcement.  Jim Wicklund of Credit Suisse will provide an overview on “oceans” of oil and gas, followed by NOIA President Randall Luthi discussing industry’s prospects and RADM James Watson of ABS on Class and Offshore.  Jim Delgado of NOAA is the luncheon keynote speaker.  The conference will be opened by Dick Alario, Chairman of NOIA and President/CEO of Key Energy Services.