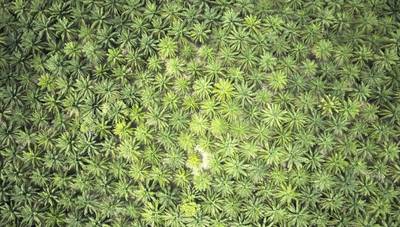 "The policies adopted by the EU in the Delegation Regulation under the European Union Renewable Energy Directive II have created unreasonable restrictions on Malaysia's sustainability efforts," he said in a statement.

The Southeast Asian nation will challenge the EU via the WTO's dispute settlement mechanism, he added.

The European Commission concluded last year that palm oil cultivation results in excessive deforestation and passed a law to phase out its use as transport fuel between 2023 and 2030.

Palm's biggest producer Indonesia challenged the law at the WTO in December, claiming the bloc’s restrictions were unfair.

Malaysia will act as a third party in Indonesia' WTO case as a sign of solidarity and its commitment to address the "anti-palm oil campaign", Mohd Khairuddin said.

Neighbours Indonesia and Malaysia together produce 85% of the world's palm oil.

EU consumption of palm oil in food has been in steady decline, but its use as a biofuel has increased.