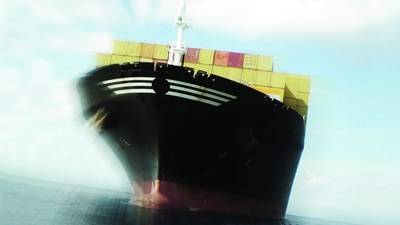 The liquefied natural gas (LNG) bunkering infrastructure is expanding globally and there are increasing numbers of LNG-bunker vessels which are encouraging other operators to adopt LNG.

According to SEA\LNG,  the multi-sector industry coalition aiming to accelerate the widespread adoption of liquefied natural gas (LNG) as a marine fuel, from limited availability at select ports, LNG bunkering has grown to encompass 24 out of the world’s top 25 and all but one of the top ten bunker ports globally.

"The single operational LNG bunker vessel operating at the beginning of 2017 has been joined by a further eight with – we estimate – 30 likely to be in operation within the next four to five years at key bunkering nodes in Asia, Europe, the Middle East, and North America," said Peter Keller, SEA\LNG Chairman in a press release.

During 2018, the world’s largest LNG bunker vessel, the 7,500-cbm Kairos started operations in northwest Europe. It will be surpassed in the region next year by the 18,500-cbm LNG bunker vessel chartered by SEA\LNG member Total to supply CMA-CGM’s new fleet of 22,000 TEU container ships.

European regional port pioneers of LNG operations in the Baltic and North Sea have been joined by other public-private initiatives in the Mediterranean such as the Poseiden Med II project.

Co-funded by the European Union, this 53 million Euro project investigated the feasibility of LNG bunkering in six ports – Piraeus, Patras, Limassol, Heraklion, Venice, and Igoumenitsa – as well as using the Revithoussa LNG import terminal near Athens as an LNG hub for the region. The success of this programme led to the joint BlueHUBS programme between Greece and Cyprus.

LNG is now available at five Mediterranean ports in France and Spain, with development plans set to extend this to a further fifteen, including Marseilles from the middle of 2019. SEA\LNG member Shell will start importing LNG to Gibraltar in the first quarter of 2019.

Last autumn, Chinese gas distributor ENN Energy ordered an 8,500-cbm LNG bunker vessel to operate from its Zhoushan terminal, close to Ningbao in China. This bunker vessel is scheduled for delivery next year.

Developments in infrastructure and bunkering to support LNG as a marine fuel can be tracked using SEA\LNG’s LNG Bunker Navigator Tool. This well-received online tool was launched in 2018 and will be revised with the next generation SEA\LNG website which will appear later this year.