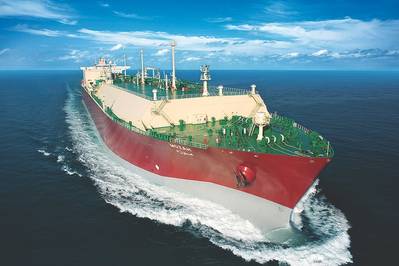 Lithuania's state-owned gas trader Lietuvos Duju Tiekimas (LDT) said on Monday it had signed a deal to buy liquefied natural gas (LNGLF) (LNG) directly from the United States for the first time and expects to receive a delivery in the second half of August.
The deal is with a unit of Cheniere Energy (LNG) and is part Lithuania's efforts to diversify its gas suppliers and reduce its reliance on Russia's Gazprom.
LDT, part of state-owned energy group Lietuvos Energija, signed a deal last year with Koch Supply & Trading for LNG supplies throughout 2017.
Cheniere Energy was expected to supply LNG from a U.S. field, an LDT spokesman told Reuters. "It will be the first time Lithuania imports gas from the U.S.," he said.
"We opted for delivery from Cheniere after evaluating several offers for LNG," the spokesman said.
The LNG terminal at the Klaipeda port broke Russia's Gazprom gas supply monopoly in the Baltic States when it came online in 2014 and now provides Lithuania with roughly half of its gas.
Gazprom supplies the rest, but can no longer charge monopoly prices.
State-run Polish gas firm PGNiG received its first U.S. spot delivery of LNG from Cheniere Energy this month.
Poland is hoping a visit from U.S. President Donald Trump next month will pave the way for more LNG deals with U.S. producers.
Lithuania will store the LNG gas at its Incukalns underground gas storage, LDT said.