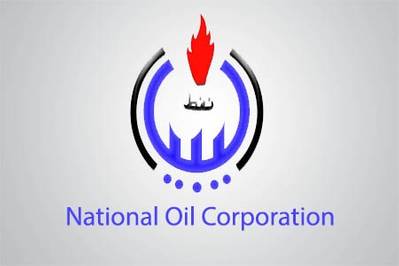 An oil tanker left the Libyan port of Ras Lanuf for Italy early on Wednesday with the first crude export cargo from the terminal since at least late 2014, boosting hopes of reviving Libya's battered oil output.

The port manager of Ras Lanuf said a second tanker was preparing to load at the terminal, one of four seized on Sept. 11-12 by eastern Libyan forces loyal to military leader Khalifa Haftar.
Libya's National Oil Corporation (NOC) has welcomed a promise by Haftar's forces to allow the NOC to control the ports. It said on Wednesday that national production had risen to between 350,000 and 400,000 barrels per day (bpd) from less than 300,000 bpd earlier this month, following the change of control at the ports.
The NOC said last week it would begin exports immediately from Ras Lanuf and Zueitina, and that it would start them as soon as possible from Es Sider. Exports have continued from Brega, the fourth port that was seized and that had remained open.
Together, the ports have a capacity of nearly 800,000 barrels per day (bpd), though Ras Lanuf and Es Sider have been damaged in clashes and Brega has been operating at below its maximum capacity.
Any boost in production through the ports could also benefit the United Nations-backed Government of National Accord (GNA) in Tripoli as it tries to unite rival armed factions and stabilise the economy, though Haftar has so far rejected the GNA.
Armed conflict and disputes have left Libya's oil installations under the control of different factions and cut output to a fraction of the 1.6 million bpd it produced before an uprising toppled Muammar Gaddafi in 2011.
Haftar's forces seized the ports from a rival armed group that had controlled them for more than two years, and fended off a counter attack on Sunday.
Haftar, a former Gaddafi ally, is a deeply divisive figure whom many in western Libya suspect of plotting to take power nationally.
Factions that support him have tried to export oil from eastern Libya independently, bypassing the NOC in Tripoli, though they have also allowed oil shipments for NOC Tripoli to continue from the eastern port of Hariga.
After Haftar's forces seized the ports the U.S. and major European powers called for them to withdraw, cautioning that they would move to block any shipments that took place outside the authority of the GNA.
The Seadelta tanker that left Ras Lanuf on Wednesday loaded with 700,000 barrels of crude and the second tanker that was preparing to load were both arranged before Haftar's forces seized the ports.
(By Ayman al-Warfalli, Additional reporting by Ahmed Elumami)
Email