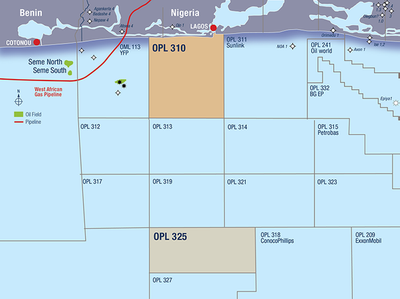 Nigerian oil company Lekoil has said it is in the process of paying $2 million to Optimum Petroleum, its partner in an offshore block in Nigeria.

The 2 million payment was agreed in January, and it is the first of two installments Lekoil is due to pay to Optimum Petroleum to cover "sunk costs and consent fees” for the OPL 310 offshore block.

According to the agreement in January, where Lekoil got more time to make the payments, Lekoil is to pay $2 million by March 20, and another $7.6 million by May 2, for a total of $9,6 million to Optimum, or risk losing its stake in the block containing the Ogo discovery.

Lekoil on Wednesday, March 25, said it "is in the process of making the agreed payment of US$2.0 million for OPL 310."

"The Company has given instructions for the payment to be made by its bank and will provide a further update when this process is completed," Lekoil said.

Apart from having to make the payments, Lekoil has until July 2020, to provide evidence of ability to fund its share of the drilling costs in the block.

As reported in January, Lekoil had in January said it had secured a $184 million loan from Qatari Investment Authority (QIA), however, a wake-up call came a few days later from the real QIA which questioned the validity of Lekoil's loan announcement.

Lekoil then realized it had been duped into signing a loan deal with entities who "have constructed a complex facade in order to masquerade as representatives of the QIA,” also managing to lose $600,000 in the process. (More on that here).

After uncovering the scam, Lekoil said it would seek alternative funding for the future development of OPL 310 as a priority, including reactivating other existing funding discussions.

The OPL 310 offshore block contains the Ogo discovery made in 2013 when oil was struck at Ogo-1 and Ogo-1 ST wells.

Optimum and Lekoil are envisaging a two-well program with the objective of obtaining dynamic flow data from well testing while preserving the drilled wells as producers.  Lekoil has previously said that the first well spud could occur in the second half of 2020.