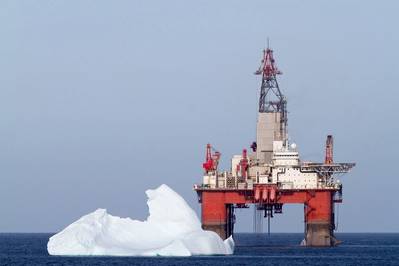 The European Parliament rejected a call to ban Arctic oil and gas exploration on Thursday, in a symbolic vote seen as a barometer for future moves by Brussels to regulate to protect the region.
Lawmakers who back the ban, which had drawn the ire of Norway, say the European Union needs a strategy for future developments in a region being transformed by climate change.
Lawmakers voted 414-180 to reject the non-binding motion calling for the European Commission and member states to work with international forums towards "a future total ban on the extraction of Arctic oil and gas".
The European Parliament did, however, endorse a call to ban oil drilling in the region's "icy" waters - wording Norway says does not concern its current plans.
Norway, which on Monday announced plans to nominate a record number of blocks for oil and gas exploration in the Barents Sea, says it only allows drilling in the Arctic away from the area that is vulnerable to sea ice in winter.
The motion to ban exploration in the Arctic was brought by Estonian liberal lawmaker Urmas Paet and Finnish centre-right lawmaker Sirpa Pietikainen. But even Paet said that, while there was a need for cautious management of the environment, oil and gas extraction in the Arctic was "a decision of sovereign states".
The motion also called for greater cooperation among Arctic states to safeguard indigenous people in the region from the worst impacts of global warming; protect the environment from fossil fuel exploration; and reduce military tensions.
Oil majors are resuming their search for giant offshore fields in the region after a two-year lull as a recent stabilisation in oil prices revives appetite for exploration - alarming environmental groups.
The Arctic is estimated to hold more hydrocarbon reserves than Saudi Arabia and governments including Russia, Norway and Denmark are keen to stake their claim over the icy waters.
(Reporting by Waverly Colville; Writing by Alissa de Carbonnel)
Email