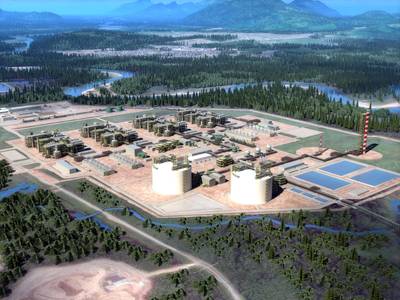 Toho Gas Co signed a basic agreement with a wholly-owned subsidiary of Mitsubishi Corp to buy up to four cargoes or about 0.3 million tonnes per annum (mtpa) of LNG from the project over 15 years starting 2024/25.

Tokyo Gas Co signed a heads of agreement with a wholly-owned subsidiary of Mitsubishi Corp to buy up to eight cargoes or about 0.6 million mtpa of LNG from the project over 13 years starting April 2026.

Both firms will buy on ex-ship basis with destination flexibility.