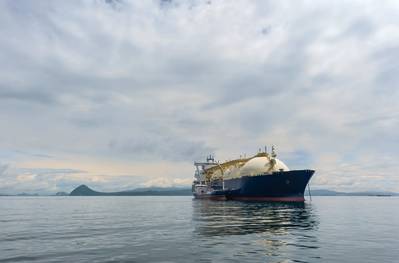 The company joins other Japanese power generators reducing run rates on their gas plants as they compete with LNG buyers across northern Asia scrambling to secure supplies, sending prices higher.

Tight fuel supplies are also highlighting vulnerabilities in Japan's electricity grid that make it harder to swap power supplies between areas a decade after the Fukushima nuclear disaster set off government-led changes to prevent such situations.

"We had to lower run rates at some of our gas power plants due to lower stockpiles of LNG," a JERA spokesman told Reuters by phone on Thursday.

"We are trying our best to secure LNG supply through our long-term contracts and the spot market which trades supply to be delivered in about 1.5-2 months," he said.

The company is also seeking cargoes for quicker delivery and running its coal plants at full capacity, he said.

A dearth of operating nuclear reactors is also coming at a bad time for operators and Japan's grid monitor on Wednesday instructed power generators to operate any power units at maximum capacity and send surpluses to Tokyo and Osaka areas.

Tokyo Electric Power's grid unit has also appealed on its own to other utilities and its corporate customers with in-house generation to send electricity, a spokesman told Reuters.

"We are doing everything we can do to secure stable supplies," he said.