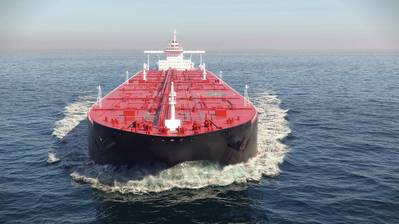 Iran is running short of options to replace its ageing fleet of tankers and keep oil exports flowing because renewed U.S. sanctions are making potential sellers and flag registries wary of doing business with Tehran, Western and Iranian sources said.

Since U.S. President Donald Trump reimposed sanctions in November, exploratory talks with South Korea for up to 10 new supertankers have stalled and Panama has also removed at least 21 Iranian tankers from its registry forcing Tehran to put the vessels under its own flag, the sources said.

Washington has put restrictions on Iran's port, energy and shipping sectors but it has given temporary waivers to the country's eight biggest oil customers, which include China, India and Japan, so they can keep buying Iranian crude.

With oil exports accounting for an estimated 70 percent of Iran's revenues, maintaining a fleet of enough tankers to store and move that oil is crucial for Tehran.

But potential sellers of vessels are more wary under the new round of sanctions after a Greek network that helped Iran buy tankers under previous restrictions was blacklisted.

"Iran has been looking for ships, but this time round it is going to be harder - there is so much more scrutiny now. It is going to take them longer," one shipping source said.

Western insurers are steering clear of Iranian vessels and Iran's attempts to export crude to the U.S.-approved buyers is further complicated by having to put its tankers under its own flag, rather than a third country such as Panama.

If Iran runs into difficulties exporting its oil it could have a significant impact. Besides the importance of oil for its budget, Iran is estimated to produce about 2.8 million barrels a day, more than 9 percent of OPEC's output.

"Whatever sector you look at, companies will keep in mind being cut off from the U.S. financial system when deciding whether to trade with Iran," said Mehdi Varzi, an independent oil consultant who has previously worked at the state-run National Iranian Oil Co http://en.nioc.ir/Portal/Home.

All commercial ships have to be registered - flagged in a particular country - partly to comply with safety and environmental laws.

A source at Panama's flag registry said the cancellation, "affects approximately 60 Panama registered ships that are related to Iranian and Syrian owners". The source did not provide further details.

At least two other tankers registered to Panama - the Sarak and the Sobar - that were not previously considered part of Tehran's fleet - have been re-flagged to Iran this year.

The owners of the vessels, who were listed in the British Virgin Islands, could not be contacted.

Altogether, more than 20 other tankers in Iran's fleet have been reflagged to Iran this year.

A U.S Treasury spokesperson said: "We intend to fully enforce these sanctions and we encourage the cooperation and compliance of our allies and partners."

Having its tankers flagged in Iran presents problems for Tehran - even if it can secure more vessels and approved buyers for its oil, shipping experts say.

Besides China, India and Japan, Washington also gave South Korea, Taiwan, Turkey, Italy and Greece the green light to keep buying Iranian oil, although it's unclear whether these waivers will be renewed when they expire in May.

Dealing with Iran's flag registry raises compliance issues for counterparties as there is a risk they might interact with individuals or entities blacklisted under U.S. sanctions, shipping experts say.

And with few buyers now willing to take all the commercial risks involved in oil sales, Iran is also having to cover the shipment of cargoes, including securing insurance in most instances, shipping sources said.

Mike Salthouse, with the International Group https://www.igpandi.org, which represents companies that insure about 90 percent of the world's commercial shipping, said Western insurers were very unlikely to do business with Iranian shipping companies.

"The biggest problem for insurers these days is finding a bank willing to handle a payment for goods or services where the beneficiary is designated by the U.S.," said Salthouse, chairman of the International Group's sanctions sub-committee.

"Banks will not engage when you mention the Iran word."

A senior Iranian official played down the threat to its oil exports because of pressure on its fleet.

"Plenty of countries are happy to do business with Iran," the official said. "As we have done in the past, there are several ways to overcome the shortage, including using tankers of other countries."

According to maritime specialists, methods used for skirting sanctions in the past have included changing the names of ships, switching off AIS (Automatic Identification System) location transponders and conducting ship-to-ship transfers of oil.

Israel warned this month that its navy could take action against Iran, which it said was smuggling oil using clandestine measures similar to those employed during the previous round of sanctions.

Since the previous sanctions imposed, ship tracking has become more sophisticated and more readily available. Washington has also cracked down on more Iranian networks, making it riskier to get involved with Iran, according to bankers.

Iran reached an agreement with world powers in 2015 over its nuclear programme which led to the lifting of sanctions in 2016 but Trump pulled out of the deal in May last year and reimposed U.S. restrictions in November.

"Many big oil traders are very worried about going into Iran due to Trump, and even the Chinese are trying to comply with what the Americans want," said Varzi, who is based in Britain.

Shipping records show that 16 of Iran's tankers are at least 19 years old - and three of those vessels have been in service since 1996.

Iranian tanker Sanchi sank off China in 2018 after colliding with another vessel while five of the eight tankers Iran bought via the Greek network under previous sanctions have since been scrapped, adding to the need for more ships to fill the gaps.

South Korea
A second Iranian official said talks with South Korea over the possibility of ordering as many as 10 supertankers, each able to carry up to 2 million barrels of oil, had been delayed by U.S. sanctions. The talks have not previously been disclosed.

"We are working on it," the official said.

A South Korean government official had no comment on the matter.

After Western sanctions were lifted, Iran also started talks with South Korea's Daewoo Shipbuilding and Marine Engineering Co. about forming a joint venture to establish a shipyard in Iran.

A spokesman for Daewoo said it signed a preliminary agreement with Iran in December 2016 to cooperate on developing the shipyard, but said no progress had been made since then. A third Iranian official said talks were still ongoing.

According to one shipping source, Iran has been searching for more ships in Vietnam and two sources said it had also been looking for middlemen in the Greek market, one of the main hubs for second-hand ship deals.

When asked about Iran's efforts to secure ships, a third Iranian source said they were looking at all options.

Vietnamese officials did not respond to requests for comment.

Iran has more than 50 tankers, but needs them for both transporting oil and storing unsold stocks in its territorial waters - given its limited onshore storage capacity.

Data based on AIS tracking by shipping intelligence platform MarineTraffic showed 12 Iranian tankers, or more than a fifth of its fleet, were being used for floating storage in March.