The annual APA licensing rounds aim to promote the further exploration of blocks in previously explored, mature areas by allowing tenders to be submitted for any acreage within predefined areas where licenses have not been awarded.

The licenses provide the groundwork for Inpex’s third and fourth exploration projects in Norway following the company’s acquisition of exploration license PL950 in 2018, and are expected to contribute to the further enhancement of Inpex’s global project portfolio.

Inpex will next follow the required administrative procedures involving Norwegian government authorities, the operators of the licenses and partners prior to assessing the possibility of discovering hydrocarbon deposits through exploration activities.

In recent years, oil and gas fields estimated to hold reserves of several hundred million barrels of oil equivalent have been discovered in succession in the Barents Sea, which is considered to be a promising area where further hydrocarbon discoveries are believed possible.

The acquisition of these licenses is aligned to Inpex’s pursuit of the “sustainable growth of oil and natural gas E&P activities,” one of the growth targets outlined in the company’s “VISION 2040” announced in May 2018.

Through Inpex Norge AS, which it established in 2014, Inpex will continue to proactively pursue full-scale oil and natural gas exploration and development activities in Norway.

The impact of this award on the company’s consolidated financial results is minimal. 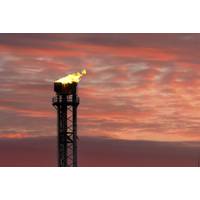