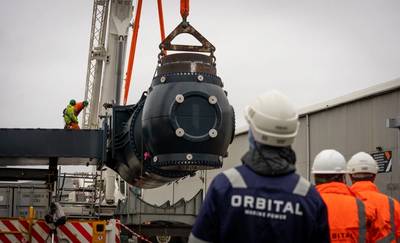 SKF is participating in a tidal power project off the Orkney Islands.

Orbital Marine Power, Scottish-based developers of the world’s leading floating tidal turbine technology, has now launched its first commercial 2MW unit, the Orbital O2, which will soon be installed at European Marine Energy Center (EMEC), where it will become the world’s most powerful operational tidal turbine.

About 15 meters below the O2’s 72m-long superstructure, are two fully integrated drive trains from SKF on two wing-like legs. Here the two double-bladed rotors turn, each with a diameter of 20 m, the largest ever on a single generating platform to date, driven by the ocean current. The electricity generated in the generators is conducted ashore via a submarine cable, where it can be fed directly into the grid, stored or processed into “green hydrogen”.

SKF delivered the complete, fully integrated drive train as a "plug & play module" to Scotland. The 2MW drive trains, as used in the Scottish Orbital project, complement the generation of electricity from solar and wind power. The tides are reliable, the flow of electricity is predictable, and the energy density due to the working medium seawater is very high.

Within the Orbital O2 drive trains, SKF core competence is not only found in the main bearings and in the slewing bearings for pitching the rotor blades, but also in the seawater seals of the main shafts between the rotor hub and the nacelle housing. And SKF also provides the “CoMo” condition monitoring for the entire system.

Many see sea hydropower plants that generate energy from wave or tidal power as an important pillar of the renewable energy transition. In its current offshore strategy, the EU Commission is aiming for 40 gigawatts of ocean energy by 2050 - generated in wave or tidal power plants, floating photovoltaic systems and by using algae to produce biofuels.

The O2 project has also received funding from the European Union’s Horizon 2020 research and innovation programme under the FloTEC project as well as the European Regional Development Fund through the Interreg North West Europe program under the ITEG project. 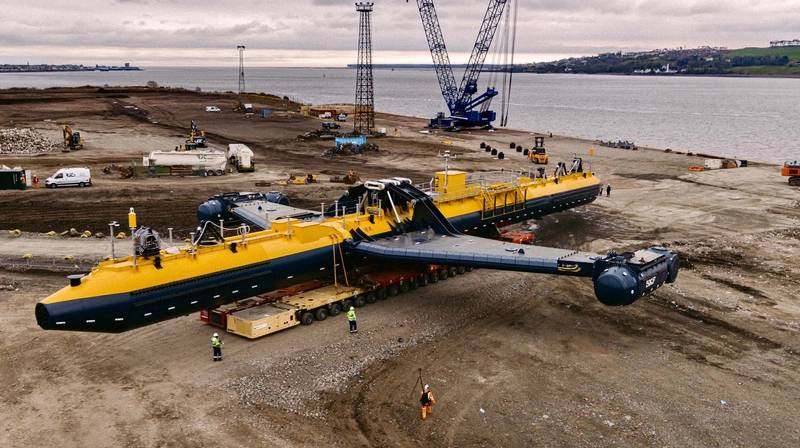