Indonesia plans to unveil a new gas pricing policy for industrial customers in March in a bid to lower energy costs for manufacturers, Energy and Mineral Resources Minister Arifin Tasrif said on Thursday.

Indonesia's President Joko Widodo earlier this week asked his cabinet to come up with a strategy to lower gas prices for manufacturers to around $6 per million British thermal units (mmbtu).

Manufacturers have been complaining about gas prices running at about $8-$9 per mmbtu, despite a 2016 rule that ordered energy companies to cut natural gas prices for some industries.

The energy ministry is studying a so-called Domestic Market Obligation (DMO), Tasrif told a media briefing, which would force gas producers to sell some of their output locally at capped prices to ensure cheap supplies for manufacturers.

Gas utility firm PT Perusahaan Gas Negara (PGN) is recalculating the maximum price it should pay for gas supplies in order to be able to cut prices for customers, Djoko Siswanto, acting director general of oil and gas said at the briefing.

Meanwhile, the ministry plans to ask liquefied natural gas (LNG) producers to prioritise PGN as a buyer for their uncommitted gas cargoes, instead of offering them on spot markets, Siswanto said.

Should PGN's offers come in below spot market prices, the government may allow producers to be compensated by slashing the revenue that government receives from gas producing contracts, he said.

There are currently no uncommitted LNG cargoes expected for 2020, according to Arief Setiawan Handoko, deputy of finance and monetization at oil and gas upstream regulator SKK Migas.

However, he said there may be incremental cargoes from the Bontang LNG plant due to higher production from its gas source, the Mahakam block, where operator Pertamina Hulu Mahakam plans to drill more wells. There may also be two or three additional cargoes from Tangguh LNG plant, he said.

Indonesia produced 229.1 cargoes of LNG from the two plants in 2019, 111.7 cargoes from Bontang and 117.4 cargoes from Tangguh, SKK Migas data showed. Around 74% of the total was exported and the rest sold domestically. 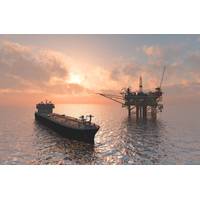