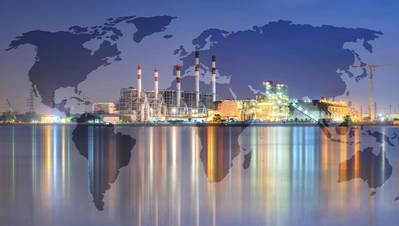 Which countries have the best energy policies? This is an interesting, and rather obvious, question, considering that every country’s energy practices impact the world in one way or another. But it’s one you don’t often hear asked.

That is probably because it’s hard to compare countries in any sensible and fair way, given the differences in population, size, economy and resources.

Still, the world needs to know who does it best. The challenge is to measure performance against a set of agreed indicators, that governments find helpful in meeting their own challenges to develop coherent policies.

It goes without saying how important this is. There is an unprecedented energy transition underway as countries move from carbon-intensive fossil fuels to low carbon, renewable energy. It is driven by two conflicting imperatives. First is the need to address climate change. Second is the need to do this in a way that does not just prevent economic damage, but which in fact generates prosperity.

This second factor may not appeal to all environmentalists. Many believe that urgent action will inevitably entail economic hardship. Indeed, there is among many activists an anti-business, anti-advanced nation bias. But it’s unrealistic to expect governments to instruct their people to fuel factories with manure and light their homes with candles. Solutions need to make economic sense.

In this era of transition, a successful energy policy calls on governments to manage three core dimensions: energy security – ie, reliability of supply; energy equity – ie, access of the citizenry to plentiful and affordable energy; and the environmental sustainability of energy systems.

Where these three dimensions meet, there is natural tension. The World Energy Council (WEC) refers to it as the energy “trilemma” and undertakes an annual Energy Trilemma Index Report seeks to objectively rate national energy systems.

According WEC, no country since 2000 has consistently improved in each dimension every year. But most countries do show a general upward direction – only nine out of 120 nations are considered to have gotten worse.

The 2019 Energy Trilemma Index Report, released this week at the World Energy Congress in Abu Dhabi, gives a triple-A grade to 10 countries. Of these, Switzerland comes first.

Cambodia is credited with having shown the most substantive improvement in balancing the trilemma from the year 2000 baseline.

The top performers in energy security in the 2019 Index are Sweden, Denmark, and Finland. In energy equity, Luxembourg, Bahrain and Qatar come out on top. In environmental sustainability, the leaders in this year’s rankings are Switzerland, Denmark and Sweden, with China and Poland showing the most significant improvement long-term.

The sustainability dimension is increasingly important for the overall assessment of a country’s energy policy performance. That is because, once a country achieves an advanced energy system, energy security usually becomes relatively stable and this, in turn, means that managing the energy equity dimension is less of an obstacle. Given this, changes in the sustainability dimension – ie, decarbonization and pollution control – can have the greatest impact on a country’s overall performance.

For example, six of the most significant drops in the index are represented by countries reporting greatest reductions in sustainability indicators.

One interesting innovation in several countries is how diversifying energy generation can improve both sustainability and security. For example, countries such as France, Sweden, and Finland which are now replacing nuclear assets due to operational lifetimes and policy shifts.

Another significant factor that helps government manage the energy trilemma is interconnectivity. For example, Nordic countries have been able to incorporate high levels of variable renewable generation through high levels of inter-connectivity across borders. Of course, not all countries can benefit from this. New Zealand, for example, is a good performer even though, as an island, it is on its own.

As you would expect, small countries with higher population densities have an advantage when it comes to providing citizens with reliable and affordable energy.

The WEC trilemma is not a competition, but the concept provides a conceptual framework to help stakeholders figure the most effective policies to navigate the transition. To manage the energy trilemma, you need to be able to measure it.

The Author
Younghoon David Kim is the chairman of the London-based World Energy Council and chairman and CEO in Korea of the Daesung Group.