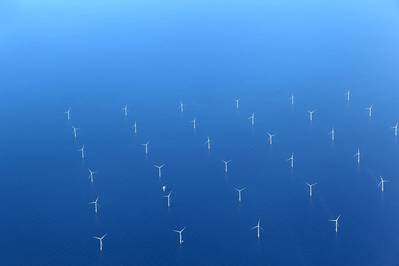 The House Subcommittee on Energy and Mineral Resources will hold a hearing on Tuesday on three bipartisan offshore wind proposals.

One proposal would require the Interior Department to develop a leasing plan or schedule for federal offshore leases, a second would create a federal grant for educational or career programs for the offshore industry, and a third would give Interior the authority to manage the federal submerged lands off of territories such as Guam for offshore energy. Turbines can be built on land beneath navigable waters.

"We are committed to working with the Trump administration in pursuing an 'all-of-the-above' energy strategy, which includes a robust offshore renewable component," according to a committee statement.

The U.S. market for offshore wind has been enjoying fresh momentum due to a sharp drop in costs, and policies in several northeastern states that require utilities to enter into contracts for wind energy generated off their coastlines.

Last month, three Massachusetts utilities were awarded the largest ever U.S. contract for offshore wind, and New Jersey’s governor signed a law that commits his state to procuring 3.5 gigawatts of offshore wind.

A wind farm that generates up to 1.5 gigawatts of electricity can power roughly 1 million homes.

European companies have been especially interested in U.S. offshore acreage up for lease.

Statoil Wind has already won a bid for 80,000 acres of offshore leasing rights off of New York's coast.

James Bennett, chief of the Office of Renewable Energy Programs Department at the Interior’s Bureau of Ocean Management and Randall Luthi, president of the National Oceans Industries Association are confirmed to testify.

Spanish electric utility company Iberdrola will build its next wind farm in the country at the Herrera Complex, featuring…