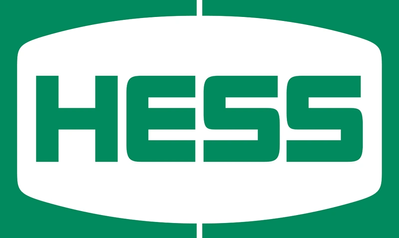 Oil and gas producer Hess Corp posted a smaller-than-expected quarterly loss on Wednesday as it raked in more money per barrel even as production fell, thanks to higher oil prices.

The company's average realized price of crude oil jumped 36 percent to $62.65 per barrel, while production fell 16 percent to 247,000 barrels of oil equivalent per day boe/d, excluding its operations in Libya.

Hess said it earned $31 million from its exploration and production business on the back of better hedging of its contracts compared to a loss of $354 million a year ago.

The gains were also helped by higher production in the Bakken oil field in North Dakota, one of its biggest drilling projects.

The New York-based company has been investing heavily in an oil development project off the coast of Guyana along with oil major Exxon Mobil (XOM) Corp.

Earlier this week, the companies said they expect one of the oil blocks in the project to contain about 25 percent more recoverable resources than initially estimated.

For the full year, Hess reaffirmed its output forecast of 245,000 boepd to 255,000 boepd, despite the sale of its Utica joint venture stake to a privately-held firm in June.

Excluding one-time items, Hess lost 23 cents per share. Analysts on average were expecting a loss of 29 cents per share, according to Thomson Reuters I/B/E/S.

Shares of the company were marginally down at $64.98 in premarket trading.

Reporting by John Benny in Bengaluru