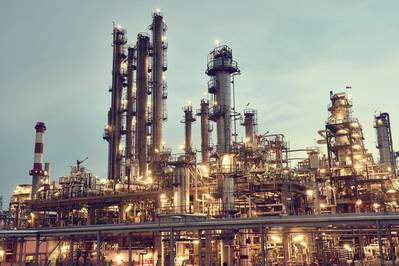 For all the bullish commentary about oil prices at the moment, hedge fund managers have continued to take profits after the recent rally and are trimming their net long positions rather than adding to them.

Focusing on what people do rather than what they say is one of the most important lessons for any good analyst (actions always speak louder than words).

Hedge funds and other money managers cut their net long position in the six most important petroleum futures and options contracts by 16 million barrels in the week to May 15.

Fund managers have cut their net long position in the petroleum complex in each of the last four weeks by a total of 71 million barrels, according to records published by regulators and exchanges.

Liquidation has been concentrated in crude oil, where the net long position in Brent and WTI has been reduced by a total of 124 million barrels over the last four weeks.

Net long positions in Brent have fallen by 84 million barrels over five consecutive weeks, while net length in NYMEX and ICE WTI has dropped by 53 million over four weeks.

But, while portfolio managers have been reducing their bullish exposure to crude, they have been boosting their net long positions in refined fuels.

Net length in refined fuels has risen by 53 million barrels since the middle of April, with increases in U.S. gasoline (+26 million barrels), U.S. heating oil (+24 million) and European gasoil (+2 million).

The rotation of positions from crude to fuels reflects strong consumer demand and shrinking inventories of products, coupled with profit-taking in crude oil after a strong rally since the end of June 2017.

The rotation away from crude also likely explains the weakening of the nearby calendar spreads in Brent in recent trading sessions.

The first three contract months nearest to expiry account for more than 42 percent of all open contracts in Brent futures and options, according to the Intercontinental Exchange (ICE).

In fact, hedge funds tend to focus disproportionately on nearby contracts, where liquidity and turnover is greatest, so the impact of hedge fund selling on nearby months will have been magnified.

Momentum-following funds are especially likely to focus on nearby contract months because of the greater liquidity.

As hedge funds accumulated a record long position in Brent and WTI between June 2017 and the first three months of 2018, the concentration of buying nearby helped push futures prices deeper into backwardation.

But as fund managers trim those positions, it has removed much of the support for nearby prices, and caused the backwardation to narrow sharply.