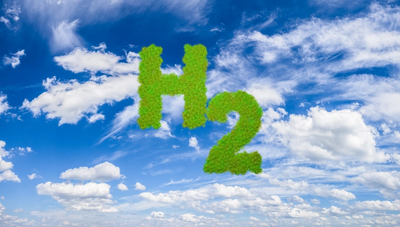 The green hydrogen express is gathering pace, but it may have a worrying problem with leaks.

As governments and energy companies line up big bets on the much-touted fuel of the future, some scientists say the lack of data on leaks and the potential harm they could cause is a blind spot for the nascent industry.

At least four studies published this year say hydrogen loses its environmental edge when it seeps into the atmosphere. Two scientists told Reuters that if 10% leaks during its production, transportation, storage, or use, the benefits of using green hydrogen over fossil fuels would be completely wiped out.

Governments are pushing ahead with financial support for the industry, however. The United States included billions of dollars of green hydrogen tax credits in its Inflation Reduction Act and the European Union approved 5.2 billion euros ($5.5 billion) in subsidies for green hydrogen projects in September.

Scientists say the problem with hydrogen is that when it leaks into the atmosphere, it reduces the concentration of molecules that destroy the greenhouse gases already there, potentially contributing to global warming.

They say the lack of technology for monitoring hydrogen leaks means there is a data gap, and more research is needed to calculate its net impact on global warming before final investment decisions are taken.

Columbia University, the Environmental Defense Fund, a joint project by the universities of Cambridge and Reading, and the Frazer-Nash Consultancy have all published studies about the risk of leaks undermining green hydrogen's climate benefits.

It estimates that leakage rates could reach up to 5.6% by 2050 when hydrogen is being used more widely.

Norway's climate research institute CICERO is also working on a three-and-a-half-year study due to conclude in June 2024 on the impact of hydrogen emissions. Maria Sand, who is leading the research, said there was a big gap in the science.

"We need to be aware of the leakages, we need some answers," said Sand. "There is big potential for hydrogen, we just need to know more before we make the big transition.

The hydrogen used now in oil refineries, chemicals factories and the fertilizer industry is made from natural gas in a process that produces carbon dioxide. Green hydrogen is made by using renewable energy to split water through electrolysis, without producing greenhouse gases.

The chief attraction of using hydrogen as a fuel is that the main by-product is water vapour, along with small amounts of nitrogen oxides, making it far less polluting than fossil fuels - assuming it doesn't seep out.

Leaks are one of many issues plaguing the adoption of green hydrogen, besides high costs, safety concerns, and the need to invest in enough renewable energy to make it, as well as in the infrastructure to store and transport the colourless gas.

Last week, Brussels called for applications for funding for more research into the risks linked to a large-scale deployment of hydrogen. It asked the research to show how hydrogen could reduce global warming by replacing fossil fuels, but also how it could contribute to global warming in the event of leakages.

The Environmental Defense Fund's study, meanwhile, urged governments and businesses to gather data on hydrogen leakage rates first, then identify where the risks were highest and how to mitigate them before building the infrastructure needed.

The Frazer-Nash report also flagged how measures to prevent hydrogen leaks needed to be taken into account to allow for greater up-front and maintenance costs.

"The more we know about how to produce it in a sustainable way, and the regulation and management needed, the more it costs and therefore that limits its use unless there is no alternative," said Richard Lowes, senior associate at The Regulatory Assistance Project think-tank.

Scientists and analysts say that as hydrogen molecules are much smaller and lighter than those in methane, they are harder to contain. While potential leakages of hydrogen are not expected to be on a scale that could derail all green hydrogen plans, any seepage would erode its climate benefits, they say.

Almost 300 green hydrogen projects are under construction or have started up worldwide, but the vast majority are tiny demonstration plants, International Energy Agency data showed.

The largest is in China where Ningxia Baofeng Energy Group is using green hydrogen produced from solar power to make petrochemicals such as polyethylene and polypropylene.

Consultancy DNV forecasts that green hydrogen would need to meet about 12% of the world's energy demand by 2050 to hit Paris climate targets. Based on the current pace of development and DNV's modelling of future uptake, the world is only on track to reach about 4%, DNV said.

David Cebon, a professor of mechanical engineering at the University of Cambridge, said 4% might be only what's "manageable", given the huge amount of renewable energy needed to make enough green hydrogen.

To replace the dirty hydrogen used now in refineries, fertiliser and chemical plants would require almost double the electricity produced by every wind turbine and solar panel worldwide, and that's before green hydrogen is used for anything else, such as steelmaking, transport or heating, Cebon said.

Still, the EU is considering mandates for green hydrogen's use in transport, while countries such as South Korea, Japan and China have targets for hydrogen fuel-cell vehicles.

The fossil fuel industry hopes that hydrogen could eventually move through existing infrastructure, such as gas pipelines and liquefied natural gas import and export terminals.

Hydrogen has not been monitored for leaks in the past, and most of the odourless gas used now is made where it is consumed - but there are plans to pipe and ship it vast distances.

About 1% of the natural gas, which is mostly methane, moving through European infrastructure leaks, but rates are higher in some countries including Russia, according to analysts and satellite images of leaks.

"There's a lot we don't know about hydrogen," said Sand at Norway's CICERO. "We don't know yet if we can assume it will behave the same way as methane."

Initial results of tests in pipelines at DNV's Spadeadam research site in northern England showed that hydrogen leaks in the same places and rates as natural gas.

Companies working on green hydrogen projects say, however, that careful monitoring would be needed.

Once hydrogen enters pipelines, it can weaken metal pipes which can lead to cracking. Hydrogen is also far more explosive than natural gas which could create safety issues.

Energy giant BP, which is planning to build multiple green hydrogen projects, including a facility in Britain due to start in 2025 known as HyGreen Teesside, said it was developing leakage monitoring systems.

"We really want to launch an effort now to assess how low can we maintain the level of leakage across a value chain and that's going to be the critical thing," said Felipe Arbelaez, senior vice president for hydrogen and carbon capture at BP.