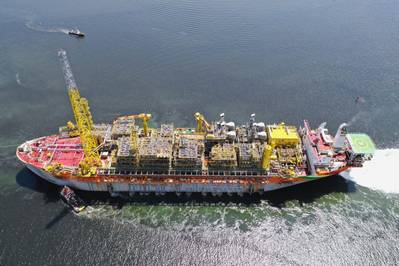 Guyana received $4.9 million in royalty payments for oil production at the offshore Stabroek block in the first quarter, the finance ministry said on Monday, a period that included the South American country's first crude exports.

The crude produced by an Exxon Mobil Corp-led consortium at the Stabroek's Liza field was priced for the purposes of royalty payments at $61.87 per barrel in January, $54.35 per barrel in February, and $36.79 in March, the ministry said.

Crude prices worldwide plunged throughout that period due to a drop in demand from the spread of the novel coronavirus, as well as a price war between top producers Russia and Saudi Arabia.