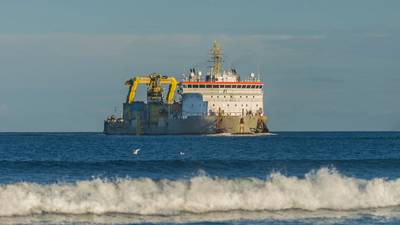 Greece has linked the island of Crete to the power grid of the Peloponnese peninsula via an undersea cable, a major step in the country's drive to cut its reliance on imported fossil fuel and boost renewables, the country's power grid operator IPTO said.

The southern island of Crete, a popular summer holiday destination for foreigners, has relied on polluting oil-fired power plants that will need to cut production or shut down in the coming years, in line with EU climate-change targets.

The 380 million euro ($451 million) cable link to the Peloponnese peninsula will help Crete cover a third of its energy needs and build another 180 megawatts of renewables, Prime Minister Kyriakos Mitsotakis tweeted.

IPTO will build a bigger 1 billion euro underwater power link that will connect Crete to the mainland grid by 2023. That project will be then linked to another cable that Cyprus, Greece and Israel plan to build to interconnect their power grids - the so-called Euro-Asia Interconnector that will cross the Mediterranean seabed.

Greece has committed that 65% of its electricity will come from green energy by 2030, more than double the current rate, to help cut carbon emissions by 55%.

The country has worked on a plan to connect its electricity grid to Egypt, where the cost of energy from solar parks is low, Energy Minister Kostas Skrekas said on Friday. ($1 = 0.8429 euros)