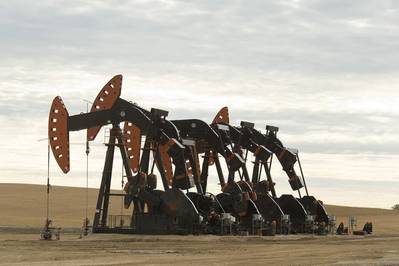 The Trump administration has granted royalty relief to several drilling companies producing oil and gas on federal lands in recent weeks, according to a government database, as the industry seeks help weathering low energy prices.

The move shows drillers are taking the government up on its offer to consider royalty cuts on a case-by-case basis after the Interior Department rejected industry calls for blanket relief covering all federal leases.

The U.S. Bureau of Land Management approved royalty rate cuts on at least 76 federal drilling leases in the state of Utah in recent weeks, according to the database. The cuts in many cases lower royalty rates companies must pay on the value of their production from the typical 12.5% to 5%.

The database does not yet have information for other states.

A BLM official said the bureau was following its existing regulations when assessing applications for relief.

"Applications for relief are reviewed by career experts at the Bureau following longstanding procedures and its laws and regulations. Any relief granted is temporary, for up to 60 days," the official said.

One of the top beneficiaries of the royalty cuts in Utah is Wyoming-based Kirkwood Oil & Gas, according to the database.

Global oil prices have plunged since the start of the year due to the fallout of the coronavirus pandemic, which has triggered unprecedented government stay-at-home orders that have obliterated demand for transport fuels.