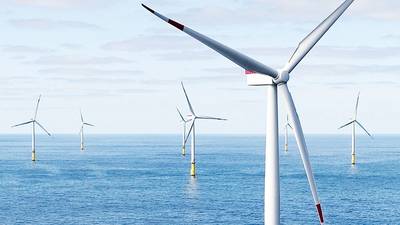 The global wind power industry is expected to install more than 626,800 MW of new capacity over the next decade, said a report.

According to a report from Navigant Research, this new capacity represents a market worth more than $92 billion in 2019 and more than $1 trillion over the forecast decade.

According to the report, global offshore wind development is expected to experience a 16% compound annual growth rate over a 10-year forecast period.

China, Taiwan, and Europe are the leading markets, with the US soon to join when the first large-scale offshore wind plants are commissioned in coming years along the northeast coast of the country.

“Growth in wind capacity is led by countries in Asia Pacific and non-traditional markets in Europe, Latin America, and the Middle East & Africa,” says Jesse Broehl, senior research analyst with Navigant Research. “Wind power is being developed not only in a greater variety of countries but also increasingly in offshore as well as onshore.”