Atomic power's share of global electricity supply is at the lowest level since the 1980s following the shutdown of Japan's reactors after the Fukushima disaster, and may fall further without major new plant construction.

The forecast is one of the main conclusions of the World Nuclear Industry Status Report 2014, a draft copy of which was passed to Reuters before general release later on Tuesday.

The report paints a bleak picture of the industry more than three years after three reactors melted down at Tokyo Electric Power Co's Fukushima Daiichi station north of the Japanese capital after an earthquake and tsunami.

Rising costs, construction delays, public opposition and aging fleets of reactors will make it difficult for nuclear to reverse the decline in its share of global energy supply, even after two reactors in Japan won provisional approval to restart earlier this month.

Discounting the bulk of Japan's 48 reactors due to their long-term outage, the report said the number of operating units in the world has fallen to 388, 50 less than the peak in 2002.

The report also pointed to delays in construction projects, even in China, where the government is strongly pushing for nuclear power to replace heavy carbon emitting coal stations.

The average age of reactors has also increased, rising to more than 28 years, while more than 170 units, or 44 percent of the total, have been operating for more than 30 years or more.

"More than 200 reactors may face shutdown in the coming two decades," Tatsujiro Suzuki, a former Vice Chairman of the Japan Atomic Energy Commission, said in the foreword of the report.

"If new construction pace does not match the pace of shutdown, it is clear that the nuclear share will decline rapidly," Suzuki said.

Renewable energy is taking up an increasing share of the energy mix, the report said. Installed solar capacity in China topped operating nuclear capacity, while in Spain more power was generated from wind in 2013 than any other source, beating nuclear for the first time.

The report's lead authors are industry analysts Mycle Schneider, who is based in Paris, and London-based Antony Froggatt. Both have advised European government bodies on energy and nuclear policy issues.

In Japan, where the pro-nuclear ruling Liberal Democratic Party faces strong public opposition to restarts, the nuclear industry won some relief when the Cabinet reversed the previous government policy of a gradual abolition of atomic power.

But it also endorsed a push for more renewables and set no targets for nuclear energy. 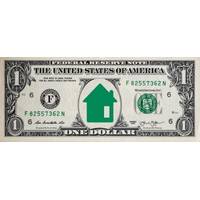 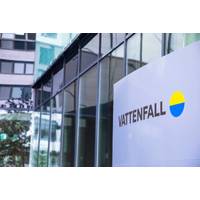