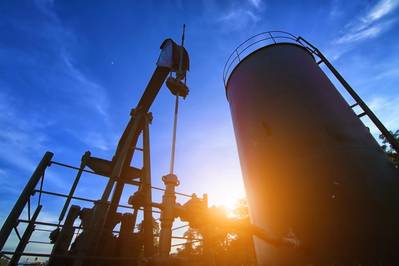 The U.S. Treasury Department on Monday renewed a license allowing Chevron (CVX), the last U.S. operating energy company in Venezuela, to continue drilling in the country for another three months through Jan. 22.

The license has been a subject of intense debate within the Trump administration as it pursues a campaign to oust socialist President Nicolas Maduro. Its renewal represented a win by some in the administration, such as Secretary of State Mike Pompeo, who see keeping a U.S. company in Venezuela as an asset that could lead to a speedy recovery after any ouster of Maduro.

Chevron executives "remain focused on our base business operations and supporting the more than 8,800 people who work with us and their families," said spokesman Ray Fohr. The company is reviewing terms of the latest license.

The renewal effectively adds no new restrictions, according to a review of past licenses.

Chevron has been in Venezuela for nearly 100 years and has about 300 direct employees there. Its joint ventures with state oil company PDVSA support about 8,800 people. The ventures produce the equivalent of about 200,000 barrels per day of oil, and Chevron's stake in them recently averaged about 34,000 bpd, the company said.

In January, the United States imposed sanctions on Venezuela's state-run oil company PDVSA in an effort to oust Maduro. But it issued Chevron a six-month license to operate, which has now been renewed for two three-month periods.

Crude oil output in the OPEC nation has dropped from well over 2 million bpd in 2014 to just over 1 million bpd by the end of 2018, the result of lower prices and what critics say is years of underinvestment and mismanagement. Blackouts and U.S. sanctions have accelerated the collapse: The country now produces just 600,000 bpd.

The Treasury Department said the license does not authorize transactions related to shipments of diluents, which Venezuela needs to thin its heavy oil for processing.