The talks, in the Russian city of St Petersburg, were between Gazprom head Alexei Miller and Takehiko Kakiuchi, the president and CEO of Mitsubishi Corp, Gazprom said in a statement.
It said the talks focussed on the planned construction of a third production train at the Sakhalin-2 LNG plant. 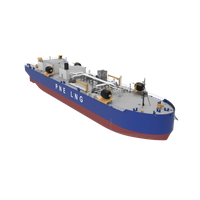