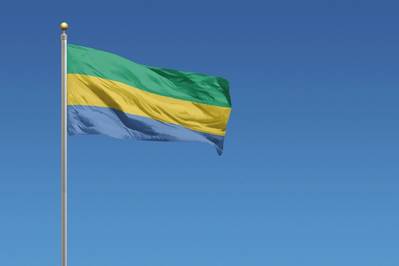 Gabon plans to scrap a 35 percent corporate tax on energy companies as part of a revised hydrocarbons law and has launched a new offshore oil and gas exploration licensing round for 34 blocks, Oil Minister Pascal Ambouroue said on Wednesday.

In March, Gabon, a member of the Organization of the Petroleum Exporting Countries, said it planned to revise its hydrocarbons code, under which the state holds a minimum 20 percent stake in oil projects, in a bid to attract new investment.

"The purpose is to attract more and more investors," Ambouroue told a media briefing at the Africa Oil Week conference in Cape Town in South Africa.

Income tax would be included in a "state profit share" and the formula for the profit split meant the state's first tranche could not be lower than 50 percent for oil and 50 percent for gas in conventional offshore, and 45 percent for both hydrocarbons in deeper blocks.

"The new hydrocarbon code is adopted for oil price fluctuations, gives flexibility to different plays and field sizes ... and the objective is to attract international oil companies," said Bernardin Assoumou, the director general of hydrocarbons.

State participation is 15 percent once a discovery has been made, he added.

Ambouroue said the new code would likely become law before the end of December.

Gabon, a tropical nation famed for its rain forests and wildlife, is a mid-tier African oil producer, churning out about 200,000 barrels of oil per day.

"Marginal fields development by small independents sustain production now and production will decline below 150,000 barrels a day if nothing is done," said Assoumou.