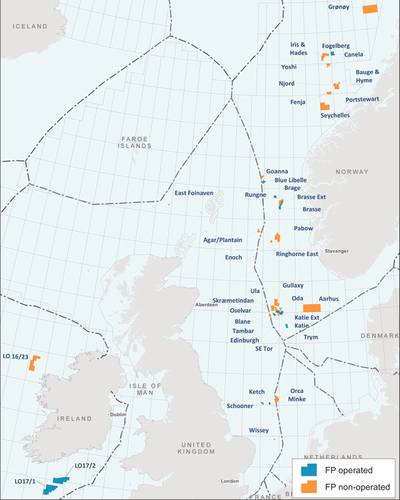 Britain's Faroe Petroleum reiterated on Thursday its opposition to a hostile bid by Norway's DNO, which it said was "inadequate" and substantially undervalued the Aberdeen-based firm.

DNO, which last week maintained its offer to buy Faroe in a deal that valued the company at about 610 million pounds ($772.63 million) or 152 pence per share, said it remained determined to take a bigger role in the firm.

"To reject DNO's opportunistic, unsolicited and inadequate offer, do nothing," Faroe said in a letter to shareholders. DNO is Faroe's biggest shareholder at just under 30 percent.

Faroe Chief Executive Graham Stewart told Reuters that other shareholders he had spoken to have been "very supportive" and pleased with a recent swap deal Faroe undertook with Norwegian firm Equinor, which was criticised by DNO.

The deal saw Faroe take on Equinor's stakes in the Vilje and Ringhorne East fields, while Equinor took Faroe's interests in Bauge and Hyme, an oilfield connected to the $1.9 billion Njord re-development project.

Stewart added the takeover bid was also hindering progress on deal talks Faroe was undergoing in Britain and Norway, some of which are at a very advanced stage, but which Faroe might end up losing due to restrictions imposed during DNO's bid.

Such deals could involve buying or swapping assets that are already in production, Stewart said.

Providing a potential catalyst for further moves within the takeover period running until Feb. 10, Faroe expects to publish drilling results of its Brasse East and Cassidy wells.

"(If the offer fails) DNO will redouble efforts to achieve board representation for the owners of Faroe to ensure improvement of corporate governance practices, to ensure greater shareholder 'say on pay'," DNO said.

Commenting on the Equinor asset swap, DNO described the deal as "evidence of Faroe's inability to capitalize fully on its assets... in (that) Faroe jettisoned a crown jewel asset for mature production and did so without shareholder consultations."