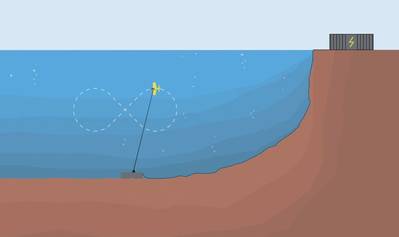 Tidal energy developer Minesto has completed the first offshore installation phase of its tidal energy project in the Faroe Islands, as the gravity-based foundation for the powerplant has been installed at the site in Vestmannasund.

David Collier, COO at Minesto said: “We are very pleased to have the first sub-sea hardware in place. The operations team has managed to safely progress the offshore installation campaign, adapting the plan to overcome both unfavorable weather conditions and logistical challenges related to the ongoing pandemic”,

The gravity-based foundation, designed and fabricated by Leask Marine in Orkney, UK, consists of a base frame and a number of doughnut-shaped ballast weights.  Each component has been individually lowered to the seabed using the Leask multicat vessel C-Fenna.

The foundation will provide the connection point for Minesto’s DG100 tidal kite system.  When installed to the foundation, the bottom joint of the kite system provides a pivoting connection point for the tether, allowing the kite to operate freely in its automatically controlled figure-of-eight trajectory. This enables the system to generate predictable renewable tidal electricity.

“The gravity-based structure developed for the Vestmannasund project has a new cost-effective modular design, which among other things means that we can use smaller vessels for transportation and installation”, said David Collier.

The next installation phase involves the sub-sea export cable that distributes electricity generated by the powerplant to the electric grid operated by Minesto’s partner SEV.

In November 2018, Minesto signed a collaboration agreement with the main power generator and distributor on the Faroe Islands, SEV, for two installations of Minesto’s DG100 model. The agreement also includes a power purchase agreement through which SEV commits to purchase the electricity generated by Minesto’s tidal energy converters.

To learn more on how Minesto's tidal kites work, check out Minesto's video below: 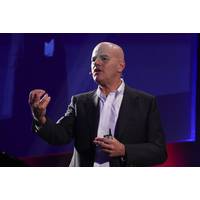