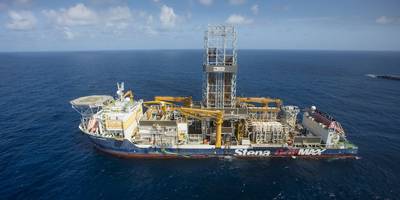 Exxon Mobil Corp said it has commenced development drilling in the first of three offshore Guyana projects, which could produce more than 500,000 barrels of oil per day.

Development drilling began in May for the first of 17 wells planned for Liza Phase 1, the company said.

Liam Mallon, president of ExxonMobil Development Company, said, “We are well on our way to producing oil less than five years after our first discovery, which is well ahead of the industry average for similar projects.”

The company said it expects to start producing oil from these developments in 2020.

The projects include the conversion of an oil tanker into a floating, production, storage and offloading (FPSO) vessel named Liza Destiny, which would have a production capacity of 120,000 barrels of oil per day, along with four undersea drill centers with 17 production wells. Construction of the FPSO and subsea equipment is underway in more than a dozen countries.

A second FPSO with a capacity of 220,000 barrels per day is being planned as part of the Liza Phase 2 development, and a third is under consideration for the Payara development, the company said.

Exxon said in March that projects in Guyana and the Permian Basin region of Texas and New Mexico, as well as refining and chemical plant expansions, should drive earnings gains.