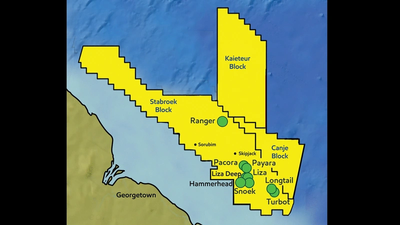 Exxon and Hess Corp said more than 5 billion barrels of oil equivalent could be recovered from the Stabroek block, which is part of one of the biggest oil discoveries in the world in the last decade.

The companies had previously estimated 4 billion barrels of oil equivalent could be recovered from the block.

China's CNOOC is also part of the consortium.