Oil prices fell on Friday, extending heavy overnight losses as a surge in U.S. coronavirus cases this week raised the prospect of a second wave of the COVID-19 outbreak hitting demand in the world's biggest consumer of crude and fuel.West Texas Intermediate was down 65 cents, or nearly 2%, at $35.69 a barrel by 0358 GMT, after slumping more than 8% on Thursday. Brent crude was down 58 cents, or 1.5%, at $37.97 a barrel, having dropped nearly 8% the previous session.A rally that raised oil off April lows has come to a shuddering halt this week as the market faced the reality that the coronavirus pandemic may be far from over…

OPEC, Russia, and allies agreed on Saturday to extend record oil production cuts until the end of July, prolonging a deal that has helped crude prices double in the past two months by withdrawing almost 10% of global supplies from the market.The group, known as OPEC+, also demanded countries such as Nigeria and Iraq, which exceeded production quotas in May and June, compensate with extra cuts in July to September.OPEC+ had initially agreed in April that it would cut supply by 9.7 million barrels per day (bpd) during May-June to prop up prices that collapsed due to the coronavirus crisis. 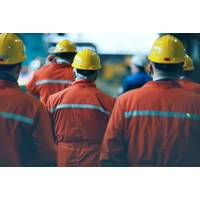 Tim Harris was preparing to relocate for an assignment with energy services firm Halliburton Co for the fifth time in 15 years when his career came to a halt.A third-generation employee, Harris rose through the ranks at the top shale-oil services provider to oversee oilfield crews. He sailed through several busts, with the exception of a 9-month break in 2016.But April's historic price crash, which has left U.S. crude prices down 50% since January, put him and tens of thousands of oil service veterans out of work.

The collapse in oil prices to 21-year lows has led potential buyers of oil and gas fields to try and renegotiate deals already agreed at higher prices, with the first examples emerging of sellers having their hand forced.At a time when most oil companies are slashing budgets, dividends, and headcounts to preserve cash, sellers are facing a difficult choice between sweetening the deal or risking losing it altogether.Premier Oil's CEO said he is seeking a cheaper price for North Sea assets it agreed to buy from BP… 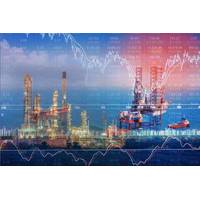 Oil prices jumped again on Tuesday on hopes for a recovery in vehicle traffic and fuel demand as some European and Asian countries along with several U.S. states began to ease coronavirus lockdown measures.West Texas Intermediate (WTI) crude futures were 7.75%, or $1.58, higher at $21.97 per barrel by 0820 GMT. The U.S. benchmark has closed higher for the last four sessions.Brent crude futures were up 5.5%, or $1.49, at $28.69.Italy, Spain, Nigeria, and India, together with Ohio and other U.S. states, began allowing some people to go back to work and opened up construction sites…

These days history seems to be in the making on a daily basis. On April 20, 2020, the price of the NYMEX West Texas Intermediate Sweet Crude Oil (WTI) futures contract for May delivery plunged into the negative, forcing sellers to actually pay customers for taking the crude oil off the sellers’ hands. The historic drop came a little over a month after Russia and Saudi Arabia initiated crude oil price war, and it has left many wondering if certain regulatory measures are needed to help boost oil prices in the United States. 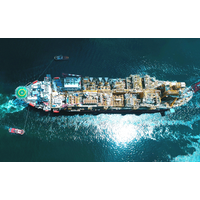 Angola sees an oil production curb by OPEC, its allies and other top producers as insufficient to balance global markets, state news agency ANGOP quoted resources and petroleum minister Diamantino Azevedo as saying on Friday."It is up to everyone to understand that, despite the measures taken by OPEC, oil producers in various countries should be aware that they may be called to take more drastic measures," Azevedo said."Because of the lack of storage capacity, continued production is becoming unjustified," he added, referring to the strained ability of global oil consumers to store up unwanted oil amid economic lockdowns brought on by th 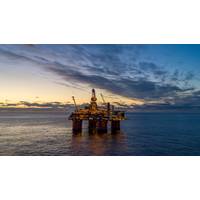 Norway's oil minister reiterated on Tuesday that Western Europe's largest oil producer was soon to conclude whether to cut its output following historical curbs agreed by the OPEC+ group.Brent crude front-month contract fell to $18.10 a barrel on Tuesday, its lowest since December 2001, after U.S. May futures dropped to minus $40 a barrel on Monday due to worries about the novel coronavirus pandemic's impact on fuel demand."We have not yet concluded. It will happen soon," Oil and Energy Minister Tina Bru told journalists via video link.The Organization of the Petroleum Exporting Countries and its allies… 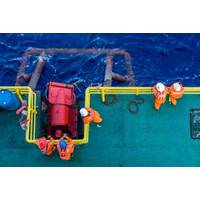 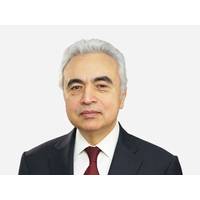 International Energy Agency (IEA) Executive Director Fatih Birol said on Wednesday this month could prove the worst ever experienced by the oil industry."In a few years' time, when we look back on 2020 we may well see that it was the worst year in the history of global oil markets," Birol told reporters on a conference call after the IEA energy watchdog released its monthly report."During that terrible year, the second quarter may well have been the worst of the lot. 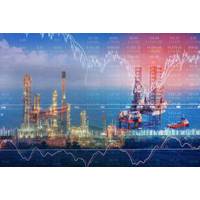 Oil prices rose on Monday after major producers finally agreed their biggest-ever output cut, but gains were capped amid concern that it won't be enough to head off oversupply with the coronavirus pandemic hammering demand.After four days of wrangling, the Organization of the Petroleum Exporting Countries (OPEC), Russia and other producers, a group known as OPEC+, agreed on Sunday to cut output by 9.7 million barrels per day (bpd) in May and June to support oil prices, representing around 10% of global supply.Brent crude futures rose 16 cents, or 0.5%, to $31.64 a barrel by 0709 GMT after opening at a session high of $33.99. U.S. 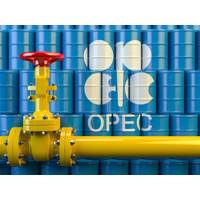 OPEC and allies led by Russia agreed on Sunday to a record cut in output to prop up oil prices amid the coronavirus pandemic in an unprecedented deal with fellow oil nations, including the United States, that could curb global oil supply by 20%. Measures to slow the spread of the coronavirus have destroyed demand for fuel and driven down oil prices, straining budgets of oil producers and hammering the U.S. shale industry, which is more vulnerable to low prices due to its higher costs. The group, known as OPEC+, said it had agreed to reduce output by 9.7 million barrels per day (bpd) for May and June… 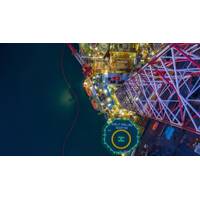 Global oil producers and refiners are struggling with a series of unprecedented dislocations as the simultaneous epidemic and volume war between Saudi Arabia and Russia rip through every element of the supply chain.Some idea of the extraordinary speed and scale of the disruptions was evident in the "Weekly Petroleum Status Report" published by the U.S. Energy Information Administration on Wednesday.The United States is the world's largest oil consumer and producer, though it is not entirely representative of the… 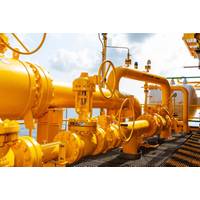 OPEC, Russia and other allies outlined plans on Thursday to cut their oil output by more than a fifth and said they expected the United States and other producers to join in their effort to prop up prices hammered by the coronavirus crisis.But the group, known as OPEC+, said a final agreement was dependent on Mexico signing up to the pact after it balked at the production cuts it was asked to make. Discussions among top global energy ministers will resume on Friday.The planned output curbs by OPEC+ amount to 10 million barrels per day (bpd) or 10% of global supplies… 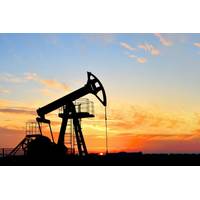 OPEC and it allies held talks on Thursday on record oil output curbs of about 15 million barrels per day (bpd) or more, roughly 15% of global supplies, to support prices hammered by the coronavirus crisis, sources involved in the discussions said.They said the plan included cuts of about 5 million bpd from producers outside the group known as OPEC+ and could be made gradually, as the group seeks to overcome resistance from the United States whose involvement they see as vital to a deal.Talks have been complicated by friction between OPEC leader Saudi Arabia and non-OPEC Russia, two of the world's biggest oil producers.

Hedge fund managers sensed oil prices were nearing a turning point last week, and for the first time in more than two months started to add long positions in anticipation prices would bounce from an unsustainable low.Overall, hedge funds and other money managers were still net sellers of 19 million barrels of petroleum in the six most important futures and options contracts in the week ending on March 31.But they initiated 40 million barrels of new purchases as well as 59 million barrels of fresh sales, according to position records published by ICE Futures Europe and the U.S.

Norway will allow entry to certain European citizens for work in sectors critically short of labor including agriculture and the oil industry despite its lockdown to fight the coronavirus pandemic, the government said on Monday.The measure, which takes immediate effect in the Nordic country, relaxes some of the restrictions on foreign travelers imposed to combat the transmission of coronavirus.Since March 16 Norway has barred arrivals of foreigners and ordering out those already in the country, who do not have residency…

Nigeria's petroleum regulator has ordered oil and gas companies to reduce their offshore workforce and move to 28-day staff rotations as part of measures to curb the spread of the coronavirus, according to a circular seen by Reuters.Health experts fear a widespread outbreak in Africa's most populous country, which has about 200 million inhabitants, and the country is keen to protect oil production, which provides 90% of much-needed foreign exchange.A coronavirus case on an offshore rig could spread quickly among workers and have a potentially devastating impact on production.Sarki Auwalu…

Oil prices fell on Thursday, ending three sessions of gains, as movement restrictions worldwide to contain the coronavirus destroyed demand and overshadowed expectations that a U.S. $2 trillion emergency stimulus will bolster economic activity.Brent crude futures fell $1.04, or 3.75%, to $26.35 a barrel by 0834 GMT. West Texas Intermediate (WTI) crude futures fell 94 cents, or 3.8%, to $23.55 a barrel. Both contracts are down about 60% this year."Oil markets received a lift from the U.S. stimulus chatter, but for the most part activity remains rudderless…