The liquefied natural gas (LNG) advocacy group SEA\LNG has announced the appointment of Paul Taylor representing Société Générale and Capt M. Segar representing MPA (The Maritime and Port Authority) of Singapore as Directors of SEA\LNG Ltd.Following elections last December, Tahir Faruqui and Xavier Pfeuty also join the SEA\LNG Board as new directors representing Shell and Total Marine Fuels respectively.Welcoming them to the Board… 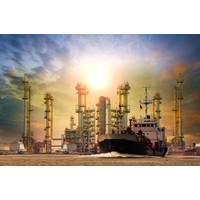 Sales of marine fuels in Singapore, the world's biggest ship fueling port by volume, totaled 49.8 million tonnes in 2018, down 2 percentfrom a record the year before, the Maritime and Port Authority of Singapore (MPA) said on Monday.December sales volumes of marine fuels, also known as bunkers, reached an 11-month high of 4.308 million tonnes, up 10 percent from November and the second-highest for the year…

Exhaust Gas Cleaning Systems Association (EGCSA) has attacked Singapore's restrictions on open-loop versions of the systems as "disappointing" and "politically motivated."The scrubber manufacturing industry body said in a press release: "The recent announcement by the outgoing CEO of the Maritime and Port Authority of Singapore (MPA) banning the discharge of process water from open loop…

Maritime and Port Authority of Singapore (MPA) has allocated about USD 3.64 million under the Green Energy Programme to support the development and use of cleaner alternative marine fuels such as biofuels and methanol. Senior Minister of State, Dr Lam Pin Min announced initiatives by Maritime and Port Authority of Singapore (MPA) said that companies can use the fund in their research and development in alternative fuels to meet future greenhouse gas emissions regulations.He said…

Three to four tankers storing fuel oil, down from eight or nine. Independent trading house Mercuria and Chinese state oil giant PetroChina are selling fuel oil stored in vessels off Singapore and southern Malaysia on strong demand from the shipping and power sector, several trade sources said on Friday. The number of vessels storing fuel oil has halved from a month ago as Mercuria and PetroChina may have resold cargoes purchased over March to May, the sources said.

ABS has been awarded the Offshore & Marine Engineering Award by the Maritime and Port Authority of Singapore (MPA). This award recognizes organizations that have made significant contributions toward the development of Singapore’s offshore and marine engineering sector. “ABS is honored to receive this award recognizing our leading role in Singapore’s marine and offshore industries,” says ABS Chairman, President and CEO Christopher J. Wiernicki.

The Maritime and Port Authority of Singapore (MPA) has issued 51 companies with bunker survey licence to operate in the Port of Singapore. The licence is valid from 1 January 2017 to 31 December 2017. Since the licensing scheme was first announced in October 2014, MPA has been engaging the bunker surveying industry on the details of the scheme. The licensing scheme will raise the standards…

Asian fuel oil traders sat on the sidelines on Tuesday as a fall in crude prices made them wary of taking positions in case prices moved lower. Fuel oil prices have fallen by $11-12 per tonne since Friday's close, continuing a volatile period that saw fuel oil prices gain by more than 5 percent at the start of last week. See-sawing fuel oil prices have unnerved traders who see no clear direction in the market. Oil prices have lost more than 4 percent since Sept.

An increasing number of ships and vessels are using liquefied natural gas or LNG as a clean fuel to comply with the regulations laid by the International Maritime Organization (IMO) across emission control areas. LNG as a ship fuel reduces the emission of sulphur dioxide by 90-95% compared to the conventional petroleum fuels. This factor has propelled the growth of the global LNG bunkering market, says Transparency Market Research (TMR).

[email protected] has been taken to the heart of the Singapore public with an anticipated 4,000 visitors, expected to throng the two state-of-the-art Offshore Support Vessels (OSV) “Pacific Legacy” and “VOS Prince” moored at local shopping mall Vivocity Waterfront Promenade from 21 to 23 April 2016. Local institutes of higher learning are lending their support to this inaugural event with some 600…

Keppel Offshore & Marine Ltd (Keppel O&M), through its wholly-owned subsidiary KS Investments Pte Ltd (KSI), and BG Group plc (BG Group) have been selected to supply Liquefied Natural Gas (LNG) bunker to vessels in the Port of Singapore. The joint bid submitted by Keppel O&M and BG Group for the LNG bunker supplier licence is one of the two top bids selected by the Maritime and Port Authority of Singapore (MPA).

Asia's fuel oil prices continued their downward trend towards new seven-year lows and at levels not seen since early 2005 amid a growing global oil glut that saw benchmark crude prices extend their losses for the 7th session and nearing their eleven-year trough. The contango curve for the more actively traded 380-cst fuel widened while its differentials deteriorated after Monday trading.

Iran is using its sea power in the Gulf to show it will not be cowed by Washington's newly assertive Arab allies, prompting critics to accuse Tehran of destabilising the region. Iranian ships fired shots at a Singapore-flagged tanker which it said damaged an Iranian oil platform, causing the vessel to flee, and seized a container ship in the Strait of Hormuz, the world's most important oil route, over a debt row. 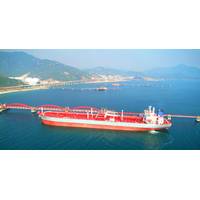 Brightoil Petroleum (Holdings) Limited announced its interim results for the six months ended December 31, 2014, reporting steady growth over the period. During the period, profit attributable to the owners of the group increased 3% year-on-year to HK$561 million. Basic earnings per share amounted to 6.41 HK cents, up 3% from a year ago. Total revenue climbed 11% from HK$40.3 billion in…

The Maritime and Port Authority of Singapore (MPA) has revoked the bunker supplier and bunker craft operator licences of Hong Fatt Oil Trading Pte Ltd and Tankoil Marine Services Pte Ltd with effect from 9 February 2015. The two companies are no longer allowed to operate as bunker suppliers and bunker craft operators in the Port of Singapore. As part of MPA's ongoing regulatory efforts to ensure the safety…

Major oil companies, trade firms to expand market share; tight credit hits small retailers. The collapse of OW Bunker in the wake of an alleged fraud at its Singapore trading unit will shake up the city state's more than $25 billion marine fuel market, the world's largest, as major companies expand and small ones shrink amid a credit squeeze. OW Bunker, a leading supplier of marine fuel oil known as "bunker"…