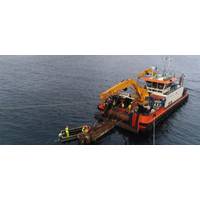 Enabling Future Arrays in Tidal (EnFAIT), the flagship EU tidal energy project, has reduced the cost of tidal energy by 15 per cent and grown its supply chain from four to 14 EU countries, just 18 months after its launch.EnFAIT is an academic-industry collaboration between nine European partners focused on demonstrating the economic viability of tidal power. The project is also paving the way for a new industrial marine manufacturing sector with a supply chain based across Europe.Consortium lead, Edinburgh-based Nova Innovation Ltd, reports that… 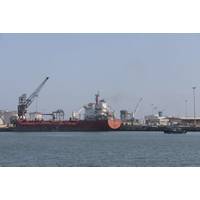 Indian Oil Corp Ltd plans to increase the capacity of its Panipat refinery by two thirds to 500,000 barrels per day (bpd) at a cost of 231.16 billion rupees rupees ($3.64 billion), the country's largest refiner said on Wednesday. India is increasing refining capacity to keep pace with the expected growth in fuel demand as Prime Minister Narendra Modi seeks to boost the manufacturing sector. The energy-hungry nation's refinery capacity has more-than-doubled since the start of the millennium to about 5 million bpd. "Another step towards meeting our rapidly growing energy demand… 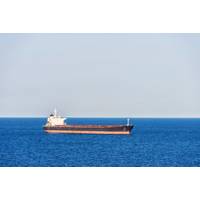 India imported a record 4.83 million barrels per day (bpd) of oil in September as several refiners resumed operations after extensive maintenance to meet rising local fuel demand. The world's third-biggest oil importer shipped in 10 percent more oil last month than a year earlier and about 19 percent more than in the previous month, ship-tracking data from industry sources and Thomson Reuters Analytics showed. "There was heavy maintenance at some refineries in July-August. All those refineries have come online, so naturally refiners will have to boost purchases to meet local demand," said Senthil Kumaran, senior analyst at energy consultant FGE. 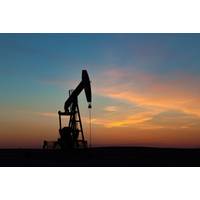 The Petroleum Services Association of Canada upped its 2017 oil and gas well drilling forecast by 23 percent on Monday as global oil prices recover from a two-year rout. The industry body now estimates 5,150 wells will be drilled across Canada this year, up from its previous 2017 forecast, made in November, of 4,175 wells. Canada's oilfield service sector was hard hit by the collapse in global oil prices since mid-2014 as producers cancelled exploration and drilling plans and slashed capital investment. But with U.S. crude holding above $50 a barrel, roughly double the 13-year low it hit in February last year, the sector is seeing an increase in demand.

Canada's industrial capacity saw its biggest gain on record in the third quarter as oil and gas production resumed following wildfires in northern Alberta, data from Statistics Canada showed on Thursday. Capacity utilization rose to 81.9 percent from a revised 79.7 percent in the second quarter. The rise was the largest quarterly increase since the agency began tracking industrial capacity in 1987. Oil and gas extraction was the main contributor, with capacity in the sector rising to 82.3 percent. Wildfires in the Fort McMurray area in May, as well as scheduled maintenance outages, had disrupted operations in the second quarter.

Coal's bright start to the year in Asia is fading amid the gloom of weak demand across the region's top importers and still too much supply from top producers. The benchmark Newcastle weekly coal index ended at $51.13 a tonne on April 1, down from its high so far this year of $52.59, reached on March 11. That peak capped a rally of 11 percent from the almost 10-year low of $47.37 a tonne plumbed in the week to Jan. 21, but it now appears it was nothing more than a false dawn. Coal was most likely the beneficiary of better sentiment towards commodities in general that saw strong rallies in iron ore and crude oil in recent weeks, which have also petered out.

Australia - A Gas Giant Abroad but Fragile at Home

A new Government report on the Australian gas market highlights the need for Government policy action to provide a ‘level playing field’ for gas. Gas Market Report 2015 released today by the Chief Economist of the Department of Industry Innovation and Science predicts significant international opportunities for Australian gas, but a domestic gas market which is vulnerable. Energy Networks Association CEO, John Bradley, said the rapid transformation in the gas market made it essential that Australia’s domestic gas customers were protected by good energy and carbon policy.

China posts weakest manufacturing data since 2012; net long positions in Brent rise most in four years - ICE. Oil fell nearly four percent on Monday as weak economic data from China, the world's largest energy consumer, weighed on prices and an OPEC source played down talk of an emergency meeting to stem the decline. China's manufacturing sector contracted at the fastest pace since 2012 in January, adding to worries about demand from the world's second-biggest economy at a time when the market is already weighed down by a large supply overhang.

New orders for long-lasting U.S. manufactured goods in December recorded their biggest drop in 16 months as lower oil prices and a strong dollar pressured factories, the latest indication that economic growth braked sharply at the end of 2015. Despite the slowdown in growth, which was acknowledged by the Federal Reserve on Wednesday, the labor market remains on solid ground. First-time filings for jobless benefits retreated from a six-month high last week, other data showed on Thursday. Economists have expressed worries that the energy sector slump and drag from a strong dollar are spilling over to other parts of the economy…

California's road traffic in 2014/2015 grew at the fastest two-year rate since 2001/2002, according to the state's Department of Transportation. OPEC is relying on continued strong growth in driving and fuel demand from the United States and other countries to help rebalance the oil market in 2016 and 2017. But continued strong growth in fuel demand is by no means assured, as the U.S. industrial economy struggles, global trade remains sluggish and economic growth in emerging markets slows. California traffic volumes increased more than 2.6 percent in both 2014 and 2015…

Oil prices have been extremely volatile since the first trading day of 2016 and hit 12-year lows last week with Brent dropping below $33 a barrel for the first time since 2005. The fall in the Chinese manufacturing index, the Saudi-Iran standoff and North Korean nuclear test have all had a significant impact on shaping oil price trends, says market analyst and consultant Douglas-Westwood (DW). Brent crude rose to a three-week high of $38.91 a barrel on January 4 as a consequence of the Saudi-Iran geopolitical risk but these gains were quickly diminished due to concerns over economic slowdown.

Weak China PMI survey dents oil demand outlook; seasonal demand in U.S. has limited downside this week. Oil prices hovered near four-month lows on Friday after data showed a contraction in China's factory sector and the dollar rose against a basket of currencies. Activity in China's manufacturing sector shrank at the fastest pace in 15 months in July, according to a preliminary private purchasing managers' survey. "Concerns around the demand environment were heightened further today by the PMI (Purchasing Managers' Index) read out of China," said Michael McCarthy, chief market strategist at CMC Markets in Sydney.

One of the reasons advanced for the plunge in commodity prices is concern over the outlook for Chinese demand for raw materials as growth slows in the world's second-largest economy. But these are fears not necessarily in evidence, as can be seen by trawling through the detailed customs data for July. There were at least 21 commodities that showed increases in imports greater than 20 percent in July this year, compared to the same month in 2014. While it's true that many of these commodities are minor, there are some fairly major ones showing strong growth as well, led by crude oil, which saw imports jump 29.3 percent in July from the same month a year earlier.

Brent crude futures tumbled more than 7 percent on Tuesday, falling back below $50 a barrel as data highlighting China's contracting manufacturing sector revived concerns about global demand for petroleum.   Brent October crude was down $4 at $50.15 a barrel at 11:55 a.m. EDT (1555 GMT), just after falling as low as $49.72.     (Reporting by Robert Gibbons; Editing by David Gregorio)

Global markets in turmoil over slowing economic growth. Thermal coal markets have gone through a volatile patch, pulled up and down by global markets as well as regional demand and supply swings, but the overall outlook is for coal to remain weak as high output clashes with falling consumption. Coal and other commodities have been swept up in a broad selloff across financial markets on concerns of sluggish global growth due to a sharp slowdown in China. While there was some respite after Beijing intervened to help prop up their markets, the relief was short-lived.

If you were looking for a bright spot in China's dismal trade numbers for August, your eyes may be tempted to focus on crude oil imports. A total of 26.59 million tonnes, equivalent to 6.26 million barrels per day (bpd) were imported, according to customs data. While this was a 13.4-percent drop from July's 30.71 million tonnes, it's worth bearing in mind that July was the record high in terms of tonnes and some pullback was always likely. August's imports were up 5.6 percent from the same month last year. What's more important is that crude imports are up 9.8 percent in the first eight months of the year compared to the same period in 2014…

Oil Up on Tighter U.S. Supplies

U.S. crude stock draw, lower output outlook support market. Oil prices rose on Tuesday after evidence of tightening supplies in the United States, the world's biggest oil consumer, outweighed concerns over the health of the Chinese economy. China's giant manufacturing sector is shrinking, economists say, as domestic demand falters, fanning concern that the economy may be slowing more sharply than feared. Asian stock markets skidded to 3-1/2-year lows and the dollar sagged, pulled down by sharp losses on Wall Street after weak Chinese data. But the outlook for the U.S.

Oil, gas and mining accounted for nearly nine percent of all new greenfield foreign direct investment (FDI) projects announced over the last decade. Oil, gas and mining FDI has played a large role fuelling growth over the last decade, especially in developing countries. The current and prospective slowdown in investment is likely contributing to sluggish performance in 2015 and 2016. Between 2005 and 2014, the petroleum and mining industries announced new FDI projects totalling almost $745 billion, according to the United Nations Conference on Trade and Development (UNCTAD).