Two decades into the 21st century, we’re seeing a growing and pernicious threat to global information security: ransomware. Even non-technical folk have loosely heard of it, but the broader implications haven’t yet penetrated the public consciousness. In different industries, that general lack of awareness could be a big problem—and the maritime sector is a good example.Ransomware hits at the confluence… 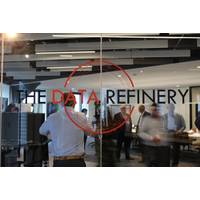 Engineering, procurement and construction firm Worley  and software company Arundo have come together to launch The Data Refinery, a hub for applied data science and machine learning solutions in the energy, chemicals and resources industry.The Data Refinery aims to bridge the gaps among operations, data science and information technology to help industrial companies transform their businesses through data-driven decisions.For the past several months…

German logistics and transportation company Hamburger Hafen und Logistik AG (HHLA) and its partners began research and development work on the publicly funded FRESH  project at its Container Terminal Altenwerder (CTA).FRESH stands for flexibility management and control reserve provision of heavy goods vehicles in the harbour, said the firm which operates three container terminals at the Port of Hamburg: Altenwerder… 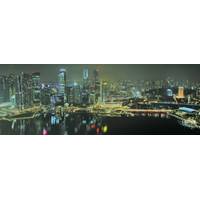 DNV GL has launched a digital hub in Singapore as part of the transformation of the oil and gas, maritime and energy industries toward digitalization, including increased cyber security and smart infrastructure.The new Singapore hub is called Digital Consulting and Smart Cities, and will include three teams covering smart cities, cyber security and digital development – including support for DNV GL’s open industry platform Veracity.The digital hub… 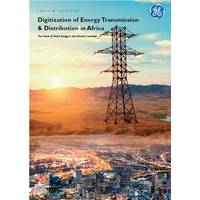 GE Power Releases Whitepaper on Digitization of Energy Transmission &  Distribution in AfricaAs Africa faces emerging opportunities to help deliver efficient, affordable and reliable electricity to consumers, GE Power’s Grid Solutions business has unveiled a whitepaper on the “Digitization of Energy Transmission & Distribution in Africa.” The paper explores the opportunities and challenges faced in Sub-Saharan Africa as the new future of energy and electrification emerges.

The Trump administration this week will unveil the list of Chinese imports targeted for U.S. tariffs to punish Beijing over technology transfer policies, a move expected to intensify trade tensions between the world's two largest economies. The list of $50 billion to $60 billion worth of annual imports is expected to target "largely high-technology" products and it may be more than two months before tariffs take effect, administration officials have said. The U.S.

SEACOR Holdings announced that it has expanded its Board of Directors to six members and added Christopher P. Papouras to fill the newly created position. Papouras, 50, has been President of Nabors Drilling Solutions, a division of Nabors Industries Ltd. that provides oil and gas drilling services, since 2015 and served as President of Canrig Drilling Technology, Ltd. from 1998 to February 2016.

Smoothly exiting from the current output pact, and perhaps replacing it with another agreement, has become the most important policy question for the Organization of the Petroleum Exporting Countries and its allies. Under the current “declaration of cooperation”, issued in December 2016, OPEC with Russia and some non-OPEC countries have pledged to limit their output. Production limits were originally…

Statoil Moves Key IT Tasks from India Back to Norway

Statoil said on Friday it would move its critical information technology (IT) tasks from Indian provider HCL Technologies back to Norway to improve security. A number of IT-related security incidents in recent years, including one that disrupted oil loading at the Mongstad refinery in 2014, had led the Norwegian energy company to create a task force to assess risks. As a result of this assessment Statoil decided to strip its most "critical" tasks from provider HCL… 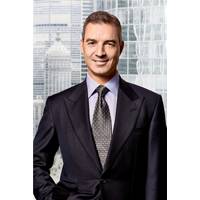 Billionaire investor Daniel Loeb's hedge fund Third Point added new bets in the energy and information technology sectors with investments in Whiting Petroleum Corp., Facebook and Activision Blizzard Inc, according to regulatory filings on Friday. Third Point, which invests roughly $16 billion and is widely followed because of its years of strong returns, also made new bets on Tesoro Petroleum and Devon Energy Corp. 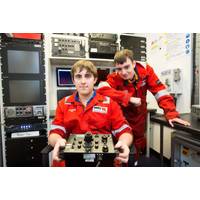 With an eye on the future, subsea services provider Bibby Offshore said it understands the importance of valuing and investing in the workforce of tomorrow, as highlighted by its successes at the 2014 Oil and Gas UK Awards, where it won in the Investment in People category and at the 2014 Northern Star Business Awards, winning in the Commitment to People Development category. Competency and Training Manger Claire Duncan said…

China will expand its bans on coal burning to include suburban areas as well as city centres in efforts to tackle air pollution, the top energy agency said on Tuesday. Detailing its clean coal action plan 2015-2020, the National Energy Administration (NEA) said it would promote centralised heating and power supply by natural gas and renewables, replacing scattered heat and power engines fuelled by low quality coal.

The United States and five European countries warned on Tuesday that Libyan state institutions which control billions of euros of national assets risked being exploited by rival forces wrestling for control of the country. Libya's central bank, the Libyan Investment Authority, the National Oil Corporation (NOC) and the Libyan Post Telecommunications and Information Technology Co. together control…

Kentucky: 'War on Coal' Yields to Hope for New Economy

When Dan Mosley became head of Kentucky's Harlan County government this year, he promised - like those elected before him - to defend the state's beleaguered coal industry. But Mosley also vowed to do something else for his county: help build a new economy based on something other than coal. "The best business I've seen in town lately has been the U-Haul business because people are moving out," said Mosley…

Chinese companies and banks agreed preliminary deals with African counterparts on $17 billion worth of cooperation in sectors including infrastructure, energy, pharmaceuticals and information technology, the official Xinhua News Agency reported on Thursday. Companies and financial institutions signed letter of intent for 39 cooperations pacts at a China-Africa economic and trade event in Beijing attended by more than 400 delegates. Xinhua did not give further details.

Essar Oil’s 20 MTPA Vadinar refinery received the coveted “Refinery of the Year’’ award by Petroleum Federation of India (PetroFed). Mr Lalit Kumar Gupta, Managing Director & Chief Executive Officer, and Mr C Manoharan, Director-Refinery, accepted the award at a glittering ceremony in New Delhi on 8 August 2016. This is the second instance that the refinery has received the award, after having won it for the first time in 2011.