Russia is struggling to source gas turbines for two new power plants it is building in Crimea, Russian Energy Ministry Alexander Novak said on Wednesday. European Union sanctions bar European individuals and companies from providing energy technology to Crimea, which Russia annexed from Ukraine in 2014. The Black Sea peninsula has suffered electricity shortages since then. Three sources told Reuters last year that turbines for the Crimean plants would be made by Siemens Gas Turbine Technologies LLC, a joint venture in which Siemens has a 65 percent share. The German company categorically denied it intended to send turbines to Crimea .

When government policies are driven by populist politics, it is almost certain to lead to poor outcomes and a low standard of debate, as shown by the current conundrum in Australia's natural gas sector. The natural gas-rich Northern Territory has become the latest of Australia's eight state and territory governments to restrict the development of the industry, by placing a moratorium on hydraulic fracturing, or fracking, of wells. The Northern Territory move came as part of a campaign commitment by the newly-elected Labor Party government, which has promised an inquiry into the effects of fracking.

Eskom hailed a milestone in its efforts to overcome South Africa's chronic electricity shortages on Sunday, saying it had linked up the last of four units at its new Ingula hydro-electric power plant to the grid. "We look forward to Ingula rapidly nearing commercial completion and meeting the 2017 deadline, thereby enhancing the security of Eskom's electricity supply to power South Africa into the future," Eskom's Chief Executive Brian Molefe said. Eskom, which has in the past been forced to impose power cuts to prevent demand surging past capacity, is scrambling to repair its ageing power plants and grid.

South Africa says it has put aside 200 million rand ($15 million) in preparation for its nuclear energy program to ease pressure on growth caused by ongoing electricity shortages, the Treasury said on Wednesday. "National Treasury is working with the Department of Energy to consider the costs, benefits and risks of building additional nuclear power stations," treasury said in its medium term budget policy statement. Treasury had already injected 23 billion rand into ailing state power utility Eskom, through the sale of its stake in mobile phone firm Vodacom earlier this year.

Green energy is cheap in the long run and clean compared to "dirty" coal and costly nuclear power, a senior German energy official said on the sidelines of a Cape Town conference, at a time when South Africa plans to expand atomic power generation. President Jacob Zuma's government is developing an energy mix that will boost power generation in Africa's most advanced economy which has been hit by electricity shortages and reduce its reliance on mostly coal generated energy. "If you want to have expensive electricity you buy nuclear generators…

Zambia will begin importing power and push forward with construction of new generation plants to stem electricity shortages that threaten mining output, government spokesman Chishimba Kambwili said on Monday. Zambia's cabinet authorised state-run power company Zesco to import of 100 megawatts (MW) of electricity to ease a power deficit of 560 MW, Kambwili said in a statement. "Cabinet has explored the option of power-renting from ships docked at sea," he said. Zambia, Africa's No.2 copper producer, plans to cut power supplies to mines by up to 30 percent as early as this week after water levels at its hydro-electric projects dropped due to drought.

In a country notorious for a lack of electricity, many North Koreans are taking power into their hands by installing cheap household solar panels to charge mobile phones and light up their homes. Apartment blocks in Pyongyang and other cities are increasingly adorned with the panels, hung from balconies and windows, according to recent visitors to the isolated country and photographs obtained by Reuters. "There must be at least a threefold increase in solar panels compared to last year," Simon Cockerell, who visits North Korea regularly as general manager of Beijing-based Koryo Tours, told Reuters from Pyongyang.

New IEA review of country’s energy policies lauds phase-out of gasoline subsidies as key first reform. Indonesia is enhancing the governance and transparency of its energy institutions and state-owned companies, reducing fuel subsidies and facilitating much-needed infrastructure investments, the International Energy Agency (IEA) said today in its second in-depth review of the country’s energy policies, but it must move to meet demand growth and ensure the environmental sustainability of energy supplies. The new IEA review notes that even though Indonesia remains a net energy exporter due to the expansion of its coal and liquid biofuel production…

South Africa will increase diesel and gas imports and sign a private sector coal-fired power plant deal as it seeks to halt chronic electricity shortages, the cabinet said on Thursday. The rand fell to its weakest level against the dollar in six years this week as a current account deficit and power shortages underlined South Africa's weak economic growth prospects, raising fears of credit downgrades. A private sector-led coal-fired power plant programme will be launched by January 2015, which should add 2,500 megawatts of generation capacity, Minister in the Presidency Jeff Radebe told reporters.

India, poised to become the world's largest importer of thermal coal, appears to be opening up its domestic mining sector to foreign competition just as Indonesia, its biggest supplier, is making it harder for exporters. On a superficial level it appears that India and Indonesia are choosing different paths for their coal sectors, but the policies being pursued by the countries' new, reform-minded leaders may have more in common than first appearances suggest. India may allow foreign companies to mine coal, as long as they set up units in the country, Reuters reported on Oct. 22, citing a source familiar with the matter. 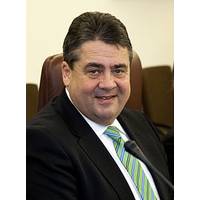 A capacity market, designed to help unprofitable conventional power plants when green energy is unavailable, is not needed in Germany, studies published by the economy ministry on Thursday said, dealing a blow to companies that want such a mechanism. Economy and Energy Minister Sigmar Gabriel has said he aims to present plans for a new capacity market later this year and his ministry had commissioned the studies to help the deliberations. There are concerns that as Europe's biggest power market exits nuclear energy and switches increasingly to renewables, it could face electricity shortages.

Central European day-ahead power prices were mixed on Tuesday with strong renewable supply pulling Czech and Slovak lower and outages lifting Hungary higher, traders said. Electricity for Wednesday delivery fell 5.5 percent to 27.50 euros ($37.79) in the Czech Republic and declined nearly 3 percent to 31.60 euros in Slovakia in the over-the-counter market as data from Thomson Reuters Point Carbon showed wind generation in the region remaining above 12 gigawatts. Day-ahead in Hungary stayed well above the prices of its regional peers…