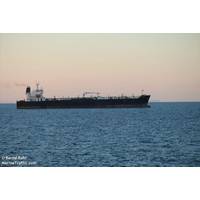 Two Iranian tankers that delivered fuel to Venezuela as part of a five-vessel flotilla have begun to sail back, according to Refinitiv Eikon, as the government of the South American nation prepares stations to begin charging for the gasoline.The supply is meant to ease fuel shortages that have plagued the country. After three months of fuel rationing, Venezuelans began lining up on Saturday to wait for the Iranian…

The first of five Iranian tankers carrying fuel to Venezuela has moored at a port serving the El Palito refinery, the oil minister said on Monday, and Refinitiv Eikon data showed a second vessel had entered its waters.Iran is providing Venezuela with 1.53 million barrels of gasoline and refining components in a move criticized by U.S. authorities as both countries are under U.S. sanctions, according to the governments…

At least 38 workers from Venezuela's state oil company Petroleos de Venezuela’s, including the president of maritime subsidiary PDV Marina, were detained on accusations of trafficking fuel, Venezuelan Interior Minister Nestor Reverol said on Saturday, describing the accusations as "treason."The move comes just days after other state officials were detained and amid a shakeup at PDVSA after President Nicolas Maduro last month named a committee to restructure the OPEC nation’s oil industry… 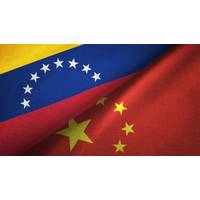 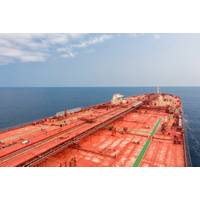 With U.S. sanctions blocking Venezuela from selling oil to the United States, state-owned energy firm PDVSA has turned to several little-known buyers that include a tiny Turkish company with no refineries but ties to President Nicolas Maduro's government, according to internal documents and a PDVSA source.Until recently, some of the world's largest petroleum and refining firms, including U.S. companies Chevron and Valero Energy… 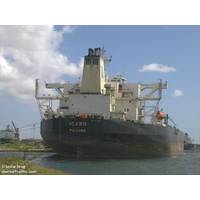 Venezuela's state-run oil firm PDVSA has been unable to resume crude exports from its primary port since last week's massive power outage, essentially crippling the OPEC nation's principal industry, people familiar with the matter said on Monday.Power remained patchy in most of the country after a blackout on Thursday that the government of President Nicolas Maduro claimed was a U.S.-backed act of "sabotage" on the… 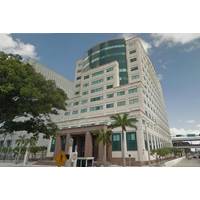 A former finance executive of Venezuelan state oil company PDVSA accepted $17 million in bribes as part of a broad embezzlement scheme, U.S. federal prosecutors said on Wednesday, in a case that implicates a French oil firm and a Russian bank.The former executive, Abraham Ortega, admitted to taking the bribes as part of a guilty plea to one count of attempting to launder $12 million of the illegal payments, the U.S. 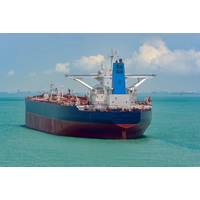 OPEC member Venezuela has raised the prospect of declaring force majeure on contracts with major crude buyers amid plummeting output from its oil fields and tanker bottlenecks at ports, according to three sources familiar with the matter.Falling production from Venezuela has contributed to a rally in global oil prices to a near four-year high, and other OPEC members may boost output at a meeting later this month to…

Chauffeured around in a sleek black pick-up, the head of Venezuela's oil industry, Major General Manuel Quevedo, last month toured a joint venture with U.S. major Chevron. Flanked by other trucks carrying security guards, Quevedo passed a handful of workers waiting by an oil well cluster. They wanted a word with the OPEC nation's oil minister and president of its state-run oil firm, PDVSA, about the sorry state of the company. Quevedo and his caravan drove on by. 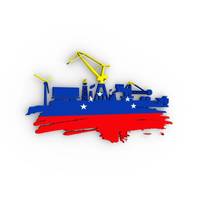 Venezuelan state oil company PDVSA said late on Thursday it had begun the process of making interest payments on four of its bonds, asking investors to trust the company's "financial capacity" following repeated payment delays. The cash-strapped company has for months struggled to make timely payments on its heavily discounted bonds, in part because U.S. sanctions have made banks wary of being involved in any Venezuela-related operations.

Venezuelan state oil company Petroleos de Venezuela (PDVSA) has initiated bank transfers to meet its foreign debt commitments for the month, the company said in a statement on Thursday. PDVSA, the main source of foreign exchange earnings for the South American country, must pay more than $3.0 billion in debts in the remainder of 2017. "Banking transfers corresponding to the interest on the PDVSA 2022 bond coupon of 12.75 percent for $191.3 million have already begun," the company said.

Venezuela's state oil company, PDVSA, said on Thursday it had "started bank transfers" to make its first April bond payments, outlays that will further squeeze the already cash-strapped business amid a deep recession. The oil-rich South American nation faces payments of nearly $3 billion in April, mostly on bonds issued by PDVSA. Most of that is due on Wednesday as PDVSA's April 2017 5.25 percent note matures. "On the 4th of April of this year, bank transfers for interest payments on PDVSA 2027 bonds ...

Venezuela's state oil company PDVSA said on Wednesday a spill at its main exporting port Jose had been halted without any impact on crude shipments from the terminal. "Operations of production and shipment of crudes from the Hugo Chavez Orinoco Belt were not compromised and continue with absolute normality," it said in a statement.   (Reporting by Deisy Buitrago; Writing by Andrew Cawthorne)

Venezuelan state oil company PDVSA will honor some $17 billion in bond payments due this year thanks to stronger oil prices, Economy Vice President Ramon Lobo said in a newspaper interview published on Tuesday. Brent crude, the international benchmark for oil, surged in January above $58 per barrel in the wake of output cuts, although it slipped last week to a three-month low. Cash-squeezed Venezuela depends on oil for over 90 percent of its hard-currency revenues…

Two workers died and one was injured in a fire at an electricity generation plant in Venezuela's western state of Zulia, state oil company PDVSA said on Tuesday. The fire at the Lamargos-Lago complex next to Lake Maracaibo was completely extinguished after flaring on Monday night, PDVSA said in a statement. The workers were carrying out maintenance. It was unclear what sparked the blaze. "PDVSA created an investigation committee to investigate the causes of the accident," the statement said.

Royal Dutch Shell Plc will provide some $400 million in financing to boost oil output at Venezuela's Petroregional del Lago, a joint venture with state-run PDVSA, the South American country announced on Tuesday. Petroregional, which operates the Urdaneta oilfield in Venezuela's western Maracaibo Lake, produces between 30,000 barrels per day and 35,000 bpd, according to Shell's website. Shell holds a 40 percent stake in the venture.

Venezuelan Oil Minister Eulogio Del Pino on Saturday will begin a tour of OPEC and non-OPEC countries as part of an effort to reach consensus among oil-producing countries on a strategy for boosting crude prices, President Nicolas Maduro said on Friday. Cash-strapped Venezuela has for months sought to rally producers toward an agreement to limit production as a way of controlling a global supply glut, but major oil exporters appear more focused on preserving market share than raising prices.