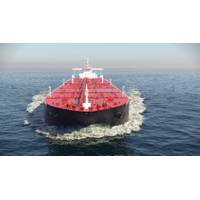 Iran is building a $1.8 billion oil pipeline to its port of Jask outside the mouth of the Gulf, the country's oil minister said, as part of plans to protect its exports against potential problems in the region and to boost shipments of Caspian oil.Iran has been planning since at least 2012 to set up the terminal on the Gulf of Oman, just outside the Strait of Hormuz.Tehran has threatened to block the vital Gulf oil shipping route during its standoff with the United States… 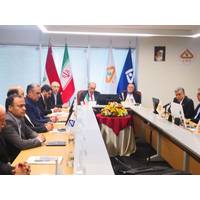 Iran and Iraq have reached an agreement for joint development of the Naft Shahr and Khorramshahr joint oil fields, Iranian Minister of Petroleum Bijan Zangeneh said.Speaking on Sunday, on during a visit to the Energy Industries Engineering and Design (EIED, an affiliate to the Oil Industries' Engineering and Construction (OIEC)), the official said: "There are massive potentialities for expanding Iran-Iraq cooperation in oil…

Several U.S. refiners, pipelines reopen after Harvey; 1 pct of U.S. refining capacity remains offline. U.S. oil prices rose on Tuesday and gasoline fell as the gradual restart of refineries in the Gulf of Mexico that were shut by Hurricane Harvey raised demand for crude and eased fears of a fuel supply crunch. Gasoline futures dropped 4 percent from their last close, to $1.68 per gallon, down from $2.17 on Aug. 31 and back to levels last seen before Harvey hit the U.S.

French oil and gas firm Total has signed a confidential agreement with Tehran to develop Iran's South Azadegan oil field which it shares with Iraq, state-run Press TV reported on Thursday, quoting Oil Minister Bijan Zangeneh. The parties have agreed to keep the articles of the accord confidential, the report said, adding Total was "studying its participation in the (development of) the oil field," one of Iran's largest. Total was not immediately available to comment.

Internal clashes over the oil contracts, hardliners oppose contracts, push to have a bigger say. Iran's cancellation of a conference when it had been due to unveil investment contracts to international oil firms signals that political feuding is disrupting plans to revive its energy sector. Tehran blamed snags in obtaining British visas for Iranian delegates to the long-delayed conference, which had been scheduled to be held in London on Feb 22-24.

Iran's cancellation of a conference when it had been due to unveil investment contracts to international oil firms signals that political feuding is disrupting plans to revive its energy sector. Tehran blamed snags in obtaining British visas for Iranian delegates to the long-delayed conference, which had been scheduled to be held in London on Feb 22-24. However, foreign oil executives say factionalised politics in Iran…

Saudi Arabia's oil minister Ali al-Naimi said he had an "excellent" informal meeting on Thursday with fellow OPEC ministers but declined further comments, while other ministers said no decision was made. OPEC holds a formal meeting on Friday and an informal meeting of its members ahead of this is rare, although not unprecedented. It was attended by ministers from Saudi Arabia, Iraq, Iran, the UAE, Venezuela, Ecuador, Qatar, Kuwait, Nigeria and Algeria.

Iran to Step up Production One Week post-Sanctions

Iran will boost its crude oil production within one week once international sanctions are lifted and is determined to regain its lost market share, senior Iranian oil officials reiterated on Monday. Iran will raise production by 500,000 barrels per day in the first week after sanctions are lifted, Rokneddin Javadi, general manager of the National Iranian Oil Company, was quoted as saying by oil ministry news agency Shaha.

International oil services companies are scrambling to win contracts worth tens of billions to repair and modernize Iran's oil refineries once sanctions are removed, with officials even laying on bus tours for visiting foreign executives. Officials from Iran's oil refining company NIORDC, its National Petrochemical Company and the privately owned Persian Oil and Gas are holding talks with…

UAE Urges Oil Producers not to Raise Output in 2015

The United Arab Emirates oil minister urged all of the world's producers on Sunday not to raise their oil output next year, saying this would quickly stabilise prices. "We invite everyone to do what OPEC did and take a step to balance the market through not offering additional products in 2015, and if everyone abides by (the) OPEC decision, the market will stabilise and it will stabilise quickly," Suhail Bin Mohammed al-Mazroui said.

U.S. and Brent crude futures declined sharply after Iranian Oil Minister Bijan Zangeneh said on Wednesday he had an "excellent" meeting with Saudi Oil Minister Ali al-Naimi and that their positions were now "very close". Brent extended losses, and was down 86 cents at $77.47 a barrel at 8:53 EST (1353 GMT), and U.S. crude extended losses to 74 cents to $73.35. "(There is) unity inside OPEC…

Iran: Lower Oil Prices a Tactic to Undermine Its Economy

Iran has accused fellow Muslim countries in the Middle East of plotting with the West to bring down oil prices as a tactic to further undermine its sanctions-hit economy. With oil losing a quarter of its value since June, President Hassan Rouhani's administration has been scrambling for alternative sources of income to meet its forecast for revenue in the current budget based on an oil price of $100/barrel.

Oil market "will stabilize itself" - Saudi oil minister. Brent crude oil steadied below $79 a barrel on Wednesday after Saudi Arabia signalled it was unlikely to push for a major change in OPEC oil output despite a collapse in prices. Saudi Arabian Oil Minister Ali al-Naimi said he expected oil "to stabilise itself eventually", a comment traders understood to mean that the cartel would…