Russia's Arctic region of Murmansk plans to build a new temporary hospital in a village where a vital liquefied natural gas supply plant is being built after an outbreak of the new coronavirus.Murmansk governor Andrey Chibis said the authorities had contained the outbreak in Belokamenka, where Russian gas producer Novatek is building the plant, and construction of the plant had not been suspended.But the Murmansk region, which borders Finland and Norway, must be prepared for a possible second wave of the virus…

Van Oord’s heavy lift vessel Svanen has arrived at the Danish Kriegers Flak Offshore Wind field in the Baltic Sea off Denmark, where it will install foundations for wind turbines.The Dutch offshore contractor entered into an agreement with Vattenfall for the transport and installation of the foundations for Kriegers Flak wind farm. Van Oord will install the 72 monopiles and transition pieces. With a production capacity of just over 600 MW, Kriegers Flak will be Denmark’s largest offshore… 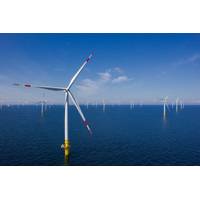 EnBW Baltic 2 one of Germany’s largest offshore wind farms in the Baltic Sea will soon be serviced from the Danish port of Klintholm on the island of Møn, EnBW said Tuesday. The company has so far had its service team of up to 25 people travel from Rostock to a hotel vessel close to the EnBW Baltic 2 offshore wind farm. A hotel and a service building are now being constructed in Klintholm [Denmark], from where the EnBW workers will be ferried to the wind farm in the mornings and evenings during their two-week duty roster. The hotel to accommodate the service team is scheduled to open in August.

LNG imports to Poland via the Świnoujście LNG Terminal  keep rising and stood at 3.4 billion cubic metres in 2019 after regasification, up from 2.7 bcm the year before."The first quarter of 2020 will see peak activity in terms of LNG deliveries. By the end of March this year alone we are to receive ten cargoes coming in from different directions,” said Jerzy Kwieciński, President of the PGNIG S.A. Management Board.The long-term take-or-pay contract with Gazprom via the Yamal pipeline means Russia is still Poland’s dominant supplier.

Poland's ministry of state assets has published a draft of legislation to promote offshore wind power, aiming to award more than 10GW in the Baltic Sea by 2027.The country will  incentivise the construction of around 10 GW of offshore wind capacity in the Baltic Sea with 25-year contracts for difference to be awarded by 2027, it said in the draft law.It is proposing to award fixed-price contracts for difference (CfDs) to up to 4.6 GW of advanced offshore wind projects before it starts its first tenders for offshore wind.In the first auction – in 2023 – the country would tender for 0.5 GW…

Russian Prime Minister Dmitry Medvedev said on Monday that the Nord Stream 2 gas pipeline would be completed in a matter of months and U.S. sanctions imposed on the project last week would not be "catastrophic".Russia's new gas transit deal with Ukraine would also mollify the impact on Russian gas supplies of U.S. sanctions introduced on the pipeline project, he said.Last week a major contractor suspended work on the Nord Stream 2 project, which is led by Russia's Gazprom, due to U.S. sanctions introduced by U.S.

German Shipping to Use LSFO

The vast majority of ships in the German fleet will run on the new sulfur-reduced fuel (Low Sulfur Fuel Oil, LSFO) from 1 January at the latest. This is one of the findings of a survey conducted by the German Shipowners’ Association (Verband Deutscher Reeder, VDR) among its member companies.While the body of data obtained through the survey is not representative of the German shipping industry as a whole, it does reflect views that can certainly be extrapolated since the respondents include shipping companies from every sector of the German shipping industry. 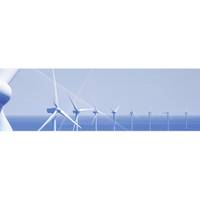 Polish Ministry of Energy has finished internal work on draft 'offshore wind act'. The draft is to be further proceeded now by Government on the legislative path through public consultations.Dedicated offshore wind act is one of the most awaited key drivers for opening and boosting of Polish offshore wind energy sector development.The ministry said that the draft is the result of “intensive work and consultations with many partners” and is now ready for “further legislative work”.Minister…

Denmark has granted permission for the Russian Nord Stream 2 natural gas pipeline to be constructed across Danish seabed in the Baltic Sea, leading to Germany.The Danish decision puts greater pressure on U.S. Congress to quickly pass a sanctions bill to halt the project before it is completed.The pipeline being constructed under the Baltic Sea by Russia's Gazprom energy giant is nearly complete, but had not previously been granted permission to cross Denmark's exclusive economic zone.DEA…

Poland's PGE in Talks with Orsted on Baltic OWF 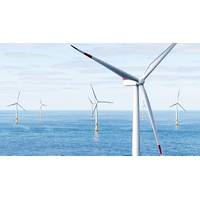 Poland's largest utility Polska Grupa Energetyczna SA (PGE) will begin talks with Denmark's Orsted about the sale of a 50% stake in two offshore wind farm (OWF) projects with combined capacity of 2.5 GW the company is developing in the Baltic Sea.According to Danish offshore wind major, the subject of discussions will be a sale of 50% of the shares in two special-purpose vehicles: Elektrownia Wiatrowa Baltica-3, which is developing a project with a planned capacity of approximately 1 GW…

The Nord Stream 2, export gas pipeline running from Russia to Europe across the Baltic Sea, is 75% complete, the project's operator, Nord Stream 2 AG, said in a statement.A total of 1,855 kilometers of the Nord Stream 2 pipeline were built along the bottom of the Baltic Sea in the waters of Russia, Finland, Sweden and Germany. That's about 75 percent of the total length of the pipeline, the release said.Both strings have already been completed in German territorial waters and Finnish waters. Pipelay is currently ongoing in Russian territorial waters.

US Considering Sanctions Over Nord Stream 2 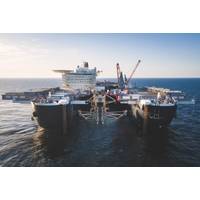 President Donald Trump said on Wednesday he was considering sanctions over Russia's Nord Stream 2 natural gas pipeline project -- which the United States has told European companies to avoid -- and warned Germany against being dependent on Russia for the fuel."We're protecting Germany from Russia and Russia is getting billions and billions of dollars from Germany," Trump told reporters at an appearance with Polish President Andrzej Duda at the White House.Nord Stream 2, a 760-mile (1…

Hamburg-based Buss Group has acquired SSC Wind from Wildeshausen with an aim to expand its services in the offshore and onshore wind markets.In future, the company will operate on the market under the company name Buss Wind Services GmbH.With this strategic step, Buss completes its portfolio in the wind sector. To date, Buss had focused on port logistics for offshore wind farms in the North Sea and Baltic Sea.Buss offers this service both in its own offshore terminals in Eemshaven (Netherlands)… 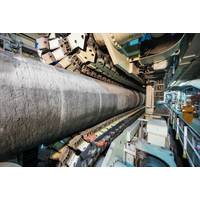 Russia's Nord Stream 2 gas pipeline project to Germany may launch in 2020, rather than the end of 2019, due to delays in obtaining permits from Denmark, Interfax news agency on Friday quoted Nord Stream 2 AG as saying.The Russian-led company has two pending route applications with Danish authorities, the first of which was submitted more than two years ago, but it was asked in March to assess a third route option in Danish waters.Nord Stream 2 was quoted by Interfax as saying that… 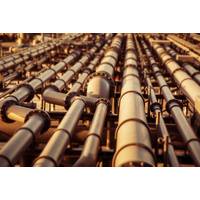 More than a million tonnes of contaminated oil from Russia's Druzhba ("Friendship") pipeline, expected to be shipped back from Belarus, will end up at Russian refineries and export ports after being diluted to usable levels, sources have told Reuters.The pipeline was halted in April after excessive levels of organic chloride used in oil extraction were found on the million-barrel-per-day pipeline that crosses Belarus and serves customers as far west as Germany.Pipeline operator Transneft…