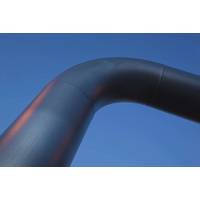 Italian gas company Snam can't reliably calculate the effects of the coronavirus pandemic on its business outlook but doesn't see any major impact, it said on Thursday."The company expects a limited impact on its economic targets and to the investment programme, proportional to the speed of recovery of operations," it said in a statement on first quarter results.Europe's biggest gas pipeline company has put in place emergency measures to ensure it can keep gas flowing during the virus outbreak.In its quarterly results statement…

Shell Upstream Albania B.V. said on Friday initial tests showed "a flow potential of several thousand barrels of oil per day" from its Shpirag 4 well in central Albania, and it needed more work to determine its commercial volume."We are pleased that these initial tests have confirmed the potential of this discovery and look forward to growing our business in Albania," Marc Gerrits, Shell's Executive Vice-President of Exploration, said.The Shpirag 4 well west of Berat had confirmed the flow potential of a significant light oil discovery…

The European Investment Bank on Tuesday approved a 1.5 billion euro ($1.85bln) loan for the Trans-Adriatic Pipeline (TAP) to bring new gas supplies to Europe and reduce dependence on Russia, a spokesman for the EIB told Reuters. TAP, the end piece of the $40 billion Southern Gas Corridor, is slated to bring up to 10 billion cubic metres of gas from the giant Azeri Shah Deniz II field to Italy by 2020, crossing Georgia, Turkey, Greece, Albania and the Adriatic Sea. Shah Deniz 2 is one of the world's largest gas fields and is developed by a BP-led consortium. TAP shareholders include Azerbaijan energy group Socar, BP and Italian gas group Snam.

The board of the European Bank for Reconstruction and Development (EBRD) has approved a $500 million loan for the Trans-Anatolian Natural Gas Pipeline (TANAP), the largest part of a $40 billion project to bring new gas supplies to Europe. The so-called Southern Gas Corridor is expected to bring around 16 billion cubic metres per year to Europe by 2020 from the Shah Deniz 2 field in Azerbaijan via TANAP through Turkey, the South Caucasus pipeline extension through Georgia and the Trans-Adriatic Pipeline (TAP) to Greece, Albania and Italy. Shah Deniz 2 is one of the world's largest gas fields and is developed by a BP-led consortium.

Trans Adriatic Pipeline (TAP), the end piece of the $40 billion Southern Gas Corridor, has appointed a new country manager for Greece, it said on Wednesday. TAP, which will bring Azeri gas into Europe by 2020 via Greece and Albania, said Katerina Papalexandri will take over from Rikard Scoufias on Sept. Papalexandri previously worked for BP, where she has held numerous senior positions since 1998, including senior commercial manager for the Southern Gas Corridor. BP holds a 20 percent stake in TAP. Azerbaijan's SOCAR, Italy's Snam, Belgium's Fluxys, Spain's Enagas and Axpo are the remaining stakeholders.

TAP aims to reduce EU dependence on Russian gas, but Gazprom could gain access via open auction. Gazprom's bid to tap into a pipeline meant to wean Europe off Russian gas threatens to undermine a pillar of European energy policy and slow plans to develop rival deposits in the east Mediterranean. As the European Union struggles against the "iron embrace" of Russian pipelines, it has made opening a new Southern Gas Corridor to carry gas from Azerbaijan by 2020 a priority. The 10 billion cubic metre (bcm)-capacity Trans Adriatic Pipeline (TAP) is the project's end piece…

Albania's state-owned Albpetrol said on Thursday it had reclaimed two oil zones from its output-sharing partner GBC Oil after it failed to pay Albpetrol more than $20 million. Complying with a mid-December order by the government, Albpetrol had already initiated procedures to retake control of the Gorisht-Kocul oilfield and over the next few days was going to repossess the Cakran-Mollaj oilfield, Albpetrol said. Since Albania ditched communism 2-1/2 decades ago and invited foreign bids for oil and gas, GBC Oil is the first company which has its operation taken over by Albpetrol…

Several thousand Albanians protested in the capital on Saturday to demand Prime Minister Edi Rama scrap a law allowing waste imports for recycling that has revived fears the country could become Europe's refuse dump. Rama angered environmentalists last week by reinstating the legislation in a bid to prop up the country's flagging recycling industry just three years after he repealed a similar law proposed by the previous government soon after coming to power. Environmental activists say the law will let wealthy neighbouring countries such as Italy send dangerous and polluting waste to be destroyed in Albania, one of Europe's poorest nations.

China Machinery Engineering Corporation (CMEC) signed a memorandum of understanding on Wednesday with Greece's leading utility Public Power Corp. (PPC) to build a coal-fired plant in northern Greece. Under its "one belt, one road" strategy, China has been investing heavily in Greece in recent years, aiming to turn the country into a transhipment hub for its products into Europe. Last month, China's shipping conglomerate COSCO wrapped up the purchase of a 51 percent stake in Greece's largest port Piraeus, while State Grid Corporation of China has been shortlisted for a 24 percent stake in Greece's power grid ADMIE.

Indian refiner Essar Oil's fuel exports will sharply drop in 2018/19 as it ramps up local sales by doubling its retail network and turns some of its naphtha into profitable gasoline, its managing director said. Rising fuel demand, driven by India's thirst for gasoline, is expected to help push the growth rate in the country's fuel consumption ahead of China's. Essar Oil, which operates the 400,000 barrels per day Vadinar refinery in western Gujarat state, directly sells gasoil and gasoline in the retail market through 2,470 fuel stations and exports about 45 percent of its refined fuels output.

Turkey imposed a tax this week on imports of thermal coal from Colombia, Russia and other major exporters, for use in power generation, to support domestic coal production. The Turkish cabinet decided to impose the tax of $15/tonne on imports from the United States, Colombia, Russia and South Africa on July 18 and announced it in the Official Gazette this week. The tax hits the biggest exporters of thermal coal but does not apply to imports from the European Union, Israel, Macedonia, Bosnia, Morocco, West Bank, Tunisia, Egypt, Georgia, Albania, Jordan, Chile, Serbia, Kosovo, South Korea, Mauritius and Malaysia, the government said.

Canada's Bankers Petroleum said it had begun shutting-in its crude oil extraction in Albania early on Thursday due to a lack of storage at the export port and its own oilfield, but believed it could restart work in the coming days. On Wednesday, Bankers said it would curtail production due to the suspension of work at the export terminal of the Petrolifera Italo-Albanese (PIA) because of a crude spill by a Turkish tanker while the authorities investigated the incident. "The suspension of the export terminal over the past week has led to a shortage of available crude storage at the port facility as well as within the Patos-Marinza oilfield…

Five countries in south-east Europe formally signed off on the construction of a pipeline which will transport Caspian gas to European markets in an attempt to ease their reliance on Russia. The 870-km (540-mile) Trans-Adriatic Pipeline (TAP) is part of the so-called "Southern Corridor" that will link Azerbaijan's giant Shah Deniz II field with Italy, crossing through Georgia, Turkey, Greece, Albania and the Adriatic Sea. It is the largest endeavour to bring new supply sources to European consumers. "The energy map of south-east Europe is being redefined and this turns Greece into an energy hub of the region…

Italian oil service company Saipem has won a contract to lay the offshore tract of the Trans Adriatic Pipeline (TAP) that will transport Azeri gas into Italy, TAP said on Thursday.   TAP gave no financial details.   The 105-kilometer pipeline will run from Albania to southern Italy at a maximum depth of 820 metres below the sea. (Reporting by Stephen Jewkes)

Azerbaijan expects to secure in April full financing for the Trans Adriatic Gas Pipeline (TAP), seen as an alternative for Russian gas supplies to Europe, Azeri Energy Minister Natig Aliyev said on Monday. The Southern Gas Corridor project, of which TAP is a part, is expected to cost around $45 billion. "The talks are under way. The issues of TAP financing will be completely solved on April 28," Aliyev told reporters, declining to say why that exact date was chosen. TAP's shareholders are BP, Azeri state company SOCAR, Snam, Fluxys, Enagas and Axpo .

Albania to Rewrite Oil Deal with Bankers after Tax Tiff

Albania will renegotiate its oil output-sharing contracts with Bankers Petroleum and other oil firms and impose a limit on their recoverable expenses to improve tax receipts, Energy Minister Damian Gjiknuri on Wednesday. Albania has accused corporations of understating profits made in the country to avoid its 50 percent profit tax. The dispute with oil firms stems from a clause in their contracts that allows firms to pay profit tax only if they have recovered their costs. None has paid profit tax, Gjiknuri said, only royalties, since they report they have not recovered costs.

Shell-led venture seeks two oil blocks in Albania; Energy Ministry evaluating three bids. A venture between Royal Dutch Shell and Canada's Petromanas has applied to drill two onshore blocks in central Albania close to another promising well they are drilling further south, an official told Reuters on Thursday. The official said three bids had been submitted for the blocks - from Shell Upstream Albania B.V with Petromanas Albania GmbH, Israel's Delek Group Limited and Interland Investments SA. The National Resources Agency has forwarded the bids to the Energy Ministry, which will pick a winner and instruct the agency to start negotiations.

Technip has been awarded by TAP* a Project Management Consultancy (PMC) Services contract, for a project designed to transport gas from the Shah Deniz field to the European market. TAP project scope includes an approximately 870 kilometer long pipeline, which will start from the tie-in with the TANAP** portion of the Southern Gas Corridor project, at the Greece/Turkey border. The pipeline will then go through Greece and Albania, to eventually cross subsea the Adriatic Sea to end in Puglia, Italy, where it will connect to the Italian natural gas network.

Norway's Statoil is to sell its 20-percent stake in the Trans Adriatic Gas Pipeline (TAP) project that will carry gas from Azerbaijan to Europe, the president of Azeri state energy firm SOCAR said. "Statoil has decided to leave the TAP project completely, and there is a company which is ready to buy its stake," Rovnag Abdullayev told Azeri ANS TV late on Friday. "Several companies have expressed an interest in buying Statoil's stake, and it would be better if several companies would buy it," he added. Statoil did not comment on the news.