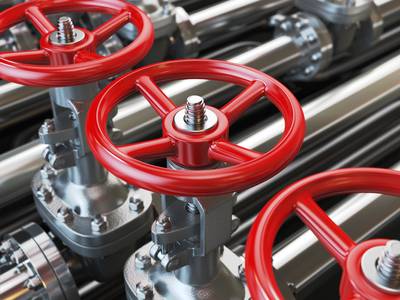 The company said it detected a drop in pressure on Tuesday night on its 590,000-barrel-per-day (bpd) Keystone oil pipeline system from Canada, it said in a statement, without specifying the exact impact on operations.

"TC Energy immediately began the process to shut down the pipeline, activated its emergency response procedures and dispatched ground technicians to assess the situation," the company said.

It was not clear how much crude oil was spilled, according to Brent Nelson, Walsh County Emergency Manager. The spill happened late Tuesday, about 3 miles (5 km) northwest of Edinburg, North Dakota, he said.

Cleanup work was underway near the company's facilities in Edinburg, and roads were closed in the area, TC Energy said.

The pipeline system is a key transporter of Canadian crude from northern Alberta to refineries in the U.S. Midwest. (Reporting by K. Sathya Narayanan