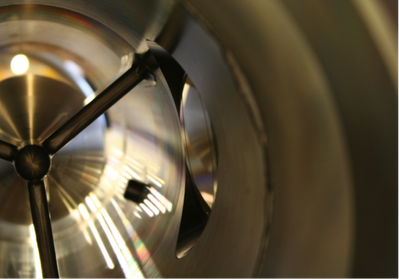 Emerson Automation Solutions launched the Roxar Salinity Measurement System for the sensitive, accurate and real-time measurement of saline water in gas production well streams at the Offshore Technology Conference (OTC) in Houston this week.
Through the new system, operators can instantly identify changes in the flow stream and the smallest amounts of saline water at never previously achieved levels of sensitivity. This enables the operator to take immediate remedial action to prevent threats to production, such as scaling, hydrate formation and corrosion. The onset of formation water and its salinity, if not controlled, can lead to well shutdowns and cost producers millions in unplanned shutdown time.
The system, which is a key element of the Roxar Subsea Wetgas Meter and is based on microwave (MW) resonance technology, provides quantitative and qualitative real-time salinity measurements in many types of field conditions but, particularly, in the high gas volume fraction (GVF)/wet gas flows that characterize wet gas fields.
“With oil and gas wells being produced over a broader range of process conditions and water salinity and conductivity a key operational parameter for reservoir management and flow assurance, the timing for our new salinity system couldn’t be better,” said Patrick Babka, Vice President and General Manager Roxar at Emerson Automation Solutions. “Our new system will provide crucial decision-making information for the operator in identifying production threats; developing effective scale, corrosion and hydrate prevention strategies and improving chemical control; and maximizing oil and gas production and the field’s economics.”
The Roxar Salinity Measurement System has been designed as part of the Roxar Subsea Wetgas Meter, which provides individual flow rates of gas, condensate/oil and water. The salinity system consists of a salinity sensor mounted flush with the wall of the meter. The MW resonance technology ensures an instant response to changes to conductivity of the flow stream - in seconds not minutes - and the ability to measure water conductivity down to ± 0.1 S/m and up to 99.99 percent GVF and sensitivity in the range of ± 0,004 S/m. Small pockets of formation water leaking into the flow can therefore be detected instantaneously rather than in hours and days - something that no other technology has achieved to date.
Emerson said it conducted extensive testing of the new system internally and at the Colorado Experience Engineering Station (CEESI) in the U.S. based on a operator’s specifications. In all cases, the system was found to have the levels of accuracy and sensitivity required.
Email