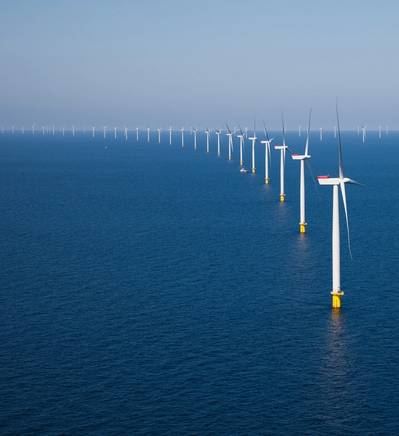 The 600 megawatt (MW) wind power project will be built in the Dutch North Sea, 85 km from Groningen, and is designed to provide enough electricity for 1.5 million people once it becomes operational in 2023, Siemens said.

The diversified German engineering group won 1.5 billion euros worth of business from the contract. It will deliver 150 wind turbines with a capacity of four megawatts (MW) and a rotor diameter of 130 metres each and will maintain the wind park for 15 years.

As part of its maintenance, Siemens will have a dedicated helicopter and a purpose-built service vessel on standby at the site.

"Maintenance work can be carried out at almost all times irrespective of the weather conditions or wave height," the company said.

"We are entering one of the most important emerging offshore wind markets in Europe," said Markus Tacke, CEO of the Wind Power Division of Siemens Energy.

Siemens has forecast that renewables, including onshore and offshore wind, will likely generate a quarter of global electricity within the next two decades.

It recently won wind power contracts in the British North Sea from Norway's Statoil (STO). It will also help set up a grid connection for several North Sea wind farms for TenneT . ($1 = 0.7294 Euros)