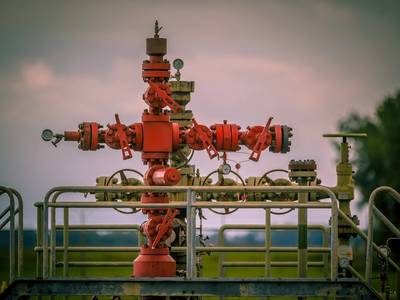 The Netherlands will slow down production at smaller natural gas fields in coming years and halt the search for new fields on land as extraction from the vast Groningen field is phased out, the Dutch government said on Wednesday.

The government decided in March to wind down output at the Groningen field, once Europe's largest gas field, by 2030 as part of efforts to reduce the danger caused by small but damaging earthquakes.

The Economy Ministry said on Wednesday that production from the country's 240 small gas fields would decline from a total of little over 20 billion cubic metres (bcm) this year to around 15 bcm in 2020.

Production is expected to fall to between 5 and 10 bcm by 2030 and to steadily decline further in the period until 2050, as existing fields will be depleted and the onshore search for new fields is stopped.

"We will do our very best to diminish the demand for gas, by providing affordable sustainable energy," Economy Minister Eric Wiebes said in a statement. "Gas will only be extracted as long as it's necessary and safe."

In March, Wiebes said the reduction of output at Groningen would not be compensated by ramping up production at other sites, without specifying the expected production levels at smaller fields.

He said at the time that Groningen production is set for 21.6 bcm this year and is projected to fall below 20 bcm for the production year beginning October 2018. It would be cut to 12 bcm in the coming four to five years.