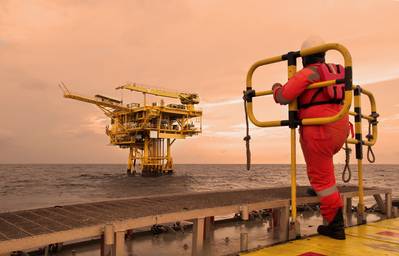 U.S. energy firms this week reduced the number of oil rigs operating for a seventh week in a row as producers follow through on plans to cut spending on new drilling this year.

Drillers cut 3 oil rigs in the week to Oct. 4, bringing the total count down to 710, the lowest since May 2017, General Electric Co's Baker Hughes energy services firm said in its closely followed report on Friday.

In the same week a year ago, there were 861 active rigs.

The oil rig count, an early indicator of future output, has declined over a record 10 months as independent exploration and production companies cut spending on new drilling as they focus more on earnings growth instead of increased output.

That decline in the rig count helped cut U.S. crude output in July to 11.81 million barrels per day (bpd), its third monthly decline from a record high of 12.12 million bpd in April, according to a U.S. Energy Information Administration monthly report released on Monday.

U.S. crude futures, meanwhile, traded around $52 per barrel on Friday, putting the contract on track for its biggest weekly loss since mid July due to financial market concerns the slowing economy was on the brink of a recession amid lingering trade tensions.

Year-to-date, the total number of oil and gas rigs active in the United States has averaged 981. Most rigs produce both oil and gas.

That is the same as Simmons forecasts since late September.